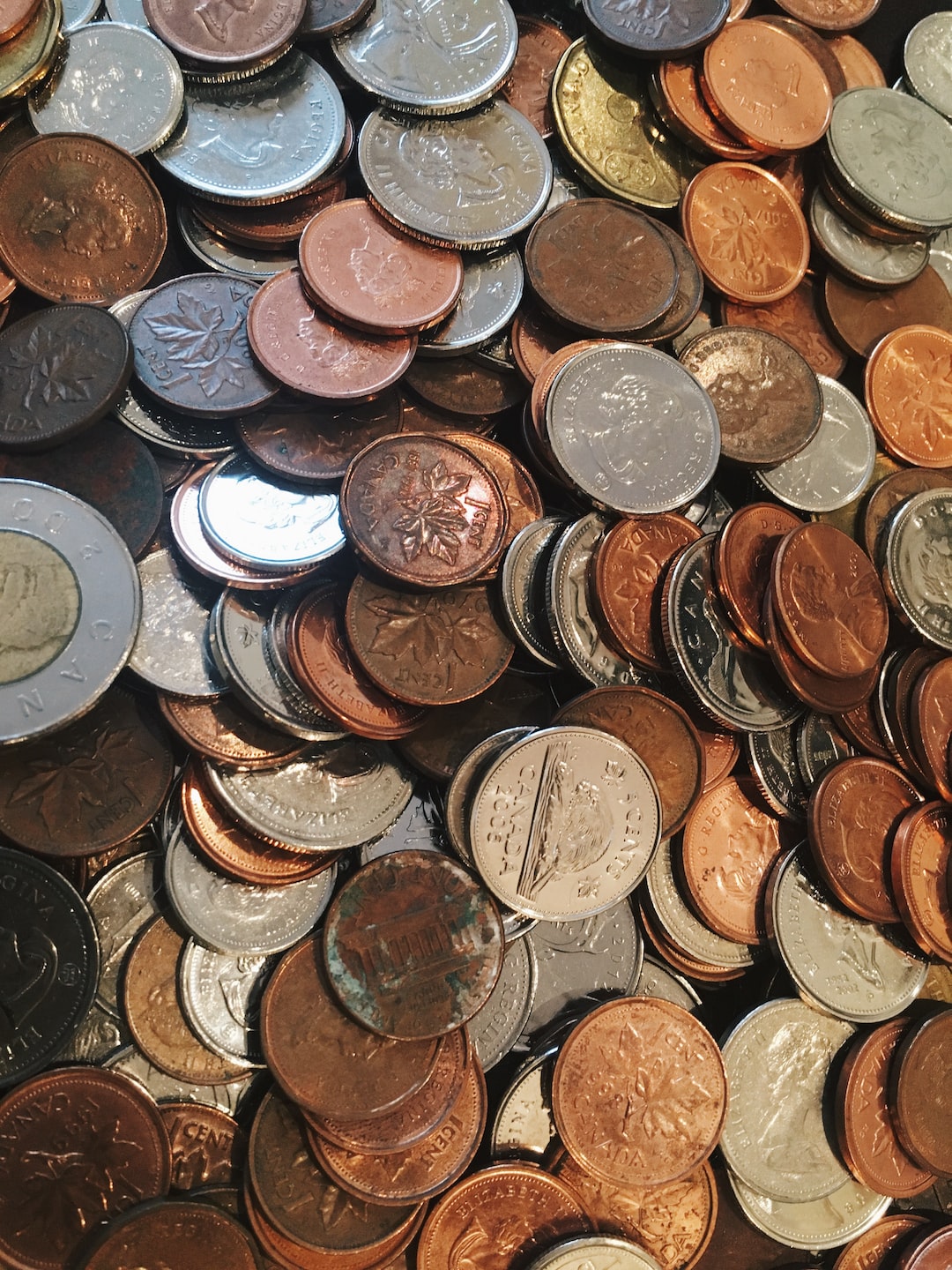 (An excerpt from the book, “Shut Up and Keep Talking: Lessons on Life and Investing from the Floor of the New York Stock Exchange,” by Bob Pisani.)

“No one ever made a decision because of a number. They need a story.”
—Daniel Kahneman, in Michael Lewis’ “The Undoing Project”

How to play market volatility in 2023, according to Evercore ISI
Patti Domm
2 days ago

If you had met Art Cashin on the street outside the New York Stock Exchange in 2019, you would have thought you were meeting a man one step removed from homelessness.

His suit would have been rumpled. His ties would have been 20 years old, knotted carelessly and skewed to one side. He would be wearing a dilapidated trench coat straight out of “Casablanca.” He would be slouching. He looked like he might have slept outside on the pavement.

But for 60 years, Art Cashin has been one of the most influential men on Wall Street. Head of floor trading for UBS, he is old-school Wall Street to the core: a market historian, a great drinker, but above all a raconteur — a teller of stories.

Then there’s the opposite problem: the vast hoards of Wall Street bull——– that don’t know much, but sound like they know what they’re talking about.

Cashin is that rare exception: a man who knows what he was talking about, and sounds like he knows. He never went to college and had little use for academic theories. Holding forth at the bar on the seventh floor of the New York Stock Exchange with a glass of Dewar’s on the rocks in his hand, or at Bobby Vans steakhouse across the street (now closed), or any one of dozens of Wall Street watering holes he frequented with a coterie of friends and hangers-on he dubbed the “Friends of Fermentation,” Cashin would engage anyone in an analysis of what was going on in the markets and the economy, but disdained academic and scholarly digressions on why the market was behaving in a certain way or whether one trading style or another was more successful than others.

It wasn’t that he didn’t care: he cared very much. He just preferred a different style than academics.

He preferred to tell stories.

Tiffany, J.P. Morgan and the art of price discovery

For example, volumes have been written explaining the concept of “price discovery” — how anyone determines what the right price to pay for a stock should be. Scholarly papers have been written about supply and demand and the information available to buyers and sellers at the time of the transaction.

To explain price discovery, Cashin liked to tell the story of the time the jeweler Charles Lewis Tiffany tried to sell an expensive diamond stickpin to J.P. Morgan.

Tiffany, Cashin said, knew that Morgan loved diamond stickpins, which he used to put in his tie. One day he sent a man around to Morgan’s office with an envelope and a box wrapped in gift paper. Morgan opened the envelope, and in it was a message from Tiffany: “My dear Mr. Morgan, I know of your great fascination with diamond stickpins. Enclosed in this box is an absolutely exquisite example. Since it is so exquisite and unusual, its price is $5,000,” which, in those days, Cashin noted, was north of $150,000 in present dollars.

He left, and the next day, Tiffany’s man came back to see Morgan. Morgan presented him with the box rewrapped in a new paper, along with a note, which said, “My dear Mr. Tiffany, as you’ve said, the stickpin was magnificent. However, the price seems a bit excessive. Instead of $5,000, enclosed you will find a check for $4,000. If you choose to accept that, you may send the pin back to me, and if not, you may keep the pin and tear up the check.”

The man returned to Tiffany, who read the note and saw the offer for $4,000. He knew he could still make money on the offer, but felt the pin was still worth the $5,000 he was asking.

He said to the man, “You may return the check to Mr. Morgan, and tell him I hope to do business with him in the future,” and left.

After a couple of minutes, Tiffany took the wrapping off the box, opened it up and found not the stickpin, but a check for $5,000 and a note that said, “Just checking the price.”

How do you tell a story about the stock market?

By the time I met him in 1997, he had been writing a daily column, Cashin’s Comments, for nearly twenty years that was estimated to reach 1.5 million to 2 million people a day. It invariably began with an analysis of an important event. (“On this date in 1918, the worldwide flu epidemic went into high gear in the U.S.”) Then, after a brief history lesson tied that event to the day’s market events. (“Pre-opening Wednesday morning, U.S. stock futures looked like they might be coming down with the flu. Several earnings reports were less than glowing and some of the outlooks were cloudy.”)

Cashin never took a course in literary theory, but he understood that some stories were far more persuasive than others, and that condensed narratives that had a clear storytelling arc were the most memorable and therefore a more effective way to convey information.

For Cashin, storytelling is only partly about facts: a series of Post-it notes on the wall, each with a separate fact about something going on in the market that day, is not a story. It’s how you connect the facts and weave it into a narrative that makes it a story.

“I have been fortunate enough over the years to be able to look at very complicated situations or problems and be able to reduce them to understandable items by using a story or a parable,” he once said to me.

He not only uses stories, but he also anthropomorphizes the entire market: he routinely described the market as “in a tizzy,” or that traders were “circling the wagons” to defend a particularly important level of the Dow Jones Industrial Average.

Let’s get back to the story about J.P. Morgan, Tiffany, and price discovery. For Cashin, understanding what a stock was worth was not about a mathematical formula, it was about trying to understand what the other guy was willing to pay: “How can I, in a real estate transaction, in a stock transaction, whatever, delve into your mind and find out what will you really accept? You offer your house at three quarters of a million dollars. Is that really your price? How do I find out what the difference was? And Morgan, in his natural genius, figured out that he would offer the guy somewhat less, and if the guy took it, that was to Morgan’s advantage. And if the guy refused, then that was the price and he had to pay it.”

Cashin’s secret sauce was a natural gift for telling stories with a “dramatic arc,” that is, stories with rising action, a climax, falling action and a resolution. Even a story as short as the Tiffany one contains all these elements: the action rises when Tiffany’s man presents the stick pin to Morgan with a $5,000 asking price, and Morgan counters with a $4,000 offer. The climax occurs when Tiffany declines the counteroffer. The falling action occurs when he sends the courier back with the note. The resolution occurs when Tiffany opens the box and found not the stickpin but a check for $5,000 and a note that said, “Just checking the price.”

Cashin grasped that these kinds of stories pack more emotional resonance than those that don’t have them, and that’s why people remember them.

Cashin passionately believed that the market did indeed reflect all available information — even if some were able to come to different conclusions than others. And often when the market moved for reasons that were not obvious, Cashin would come up with some plausible but not obvious reason why.

“The truth is on that tape,” he told me. “Don’t just go for the obvious. If you’re good at this business, you gotta be Sherlock Holmes. The improbable, as long as it’s not the impossible, may turn out to be the true fact. And you will learn far more than you ever thought.”

As far as I knew, Cashin never said that to anyone but me. To everyone else, he told a story about a man who looked at the markets during a national disaster and read the tape in a very different way than everyone else.

So I went back. And the news ticker, they would ring a bell for ordinary news, two for something that was special, and three for really dynamic news. And the bell rang three times. And I ran back about 15 feet to where the news ticker was. And the headline was, ‘Shots Reported Fired at President’s Motorcade in Dallas.’

And I ran back to call the floor of the Exchange to tell Tommy. And before he could pick up, the bell rang three times again. And it said, ‘President Rumored to Have Been Hit.’ And I went back to call him again. And again, the bell rang three times. And it said, ‘President’s Motorcade Diverted to Parkland Hospital in Dallas.’ And that’s when they shut the Exchange down.

The amazing thing, to me, was how did Merrill Lynch know before anything was on the news ticker? And it was a lesson to me in Wall Street. The story I was told, presidents didn’t travel much in 1963. The manager of the Merrill Lynch, Dallas branch said, ‘You guys go out and watch the parade. I’ll keep a skeleton crew here.’ They went out to watch the parade. A little while later, they all came in down in the dumps. And he said, ‘What’s the matter? You were supposed to watch the parade.’ And they said to him, ‘The parade got canceled.’ And he said, ‘What do you mean?’ And they were here. And the parade was way up there. And they heard the sirens go loud. And the parade turned right.

And this guy was a good manager. And he called the salesmen together. And he said, ‘Give me a good bullish reason to pull the president out of a parade.’ And nobody could think of one. And he said, ‘Give me a bearish reason.’ Nobody thinks, assassination. They were nowhere near there. They were ten blocks away. But they start thinking, nuclear catastrophe, natural disaster, blah, blah, blah. They find 100 reasons to sell. He said, ‘Begin to sell for the discretionary accounts. Start calling our clients. And tell them, ‘We think something bad happened at the parade.'”

For Art, that Merrill Lynch manager was the perfect marketplace Sherlock Holmes: Don’t just consider what you hear. Think beyond what happened.

Art’s preferred method of teaching was storytelling, but he wasn’t above resorting to simple blunt truths about the markets, and particularly about the way people behaved in the face of greed. He was a behavioral psychologist long before the word was coined.

He had seen his fellow humans panic time after time, selling stocks immediately without thinking, and cautioned against it: “It tells me that people have a tendency to overreact — and to not think things through carefully,” he once told me.

“Those who react immediately rarely do well,” he said. “Those who are somewhat suspect, they do much better.”

Bob Pisani is senior markets correspondent for CNBC. He has spent nearly three decades reporting from the floor of the New York Stock Exchange. In Shut Up and Keep Talking, Pisani shares stories about what he has learned about life and investing.