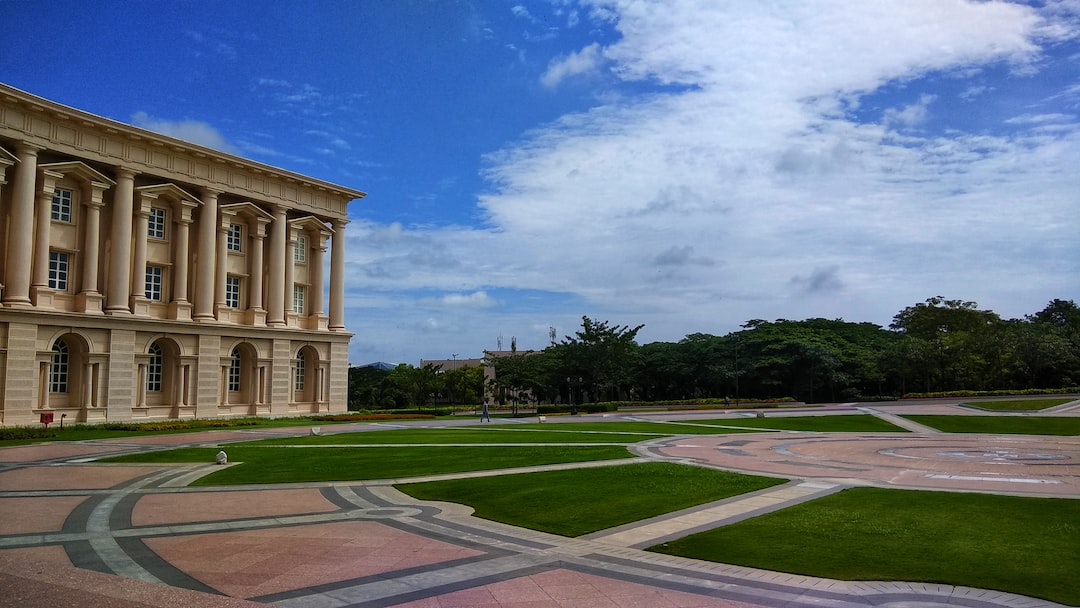 Reinvention. That may seem like an obtuse, dramatic, or exaggerated term, but it is exactly what the housing industry needs to meet zero carbon goals in the next couple decades.

According to the Center for Climate and Energy Solutions, heating water adds up to about 18% of a home’s energy use, and heating the air is the biggest expense in most homes, at up to 50% of energy bills in colder climates.

On the other hand, cooling a home accounts for nearly 6% of all the electricity produced in the US, and costs homeowners more than $29 billion every year. So combined, heating and cooling homes produces 441 million tons of carbon dioxide annually.

The country has made massive commitments to changing those numbers, but conventional systems will not produce what is needed to reach net zero emissions by 2050. So, manufacturers, designers and industry leaders are breaking through with technologies and ideas that are producing impressive results.

One of those examples is Dandelion Energy, as it has identified and is realizing the opportunity for the stable, affordable, and reliable sustainability properties of geothermal heat pumps. Its unique proposition is leveraging the scale of its major investor, Lennar, while also offering financing to customers.

“Heating is really the biggest source of carbon emissions,” said Michael Sachse, the CEO of Dandelion Energy. “AC is electrified, but heating depends on natural gas, sometimes propane and other fuels. It’s a big problem that hasn’t really been solved.”

Sachse estimates that 700,000 homes in the US use geothermal for heating and cooling, but it has been a very locally-driven and accidental development that calls on multiple stakeholders to design a system. This gives Dandelion the opportunity to make it more broadly available with a one-stop solution by applying both data and software to the issue with WiFi-enabled monitoring.

While the efficiency and the technology are appealing to homeowners, Sachse realizes that the economics must also make sense, which is why he brought financing in as part of the solution.

“Anytime you invest in something that lowers energy consumption, you spend more up front and then realize that benefit over time, making it a perfect product to finance,” he said. “We have been working on hardware solutions to bring costs down and make solutions more efficient, more comfortable, and easier to install. For instance, we’re examining how much ground loop to put in, which can be the biggest cost.”

The company currently operates in New York, Connecticut, and Massachusetts, where more than three million homes operate on propane or pellet heat and were never connected to the gas grid. In that region, the typical single-pump system for a 2,000-square-foot home would cost around $40,000.

But that’s just the sticker price. There are huge savings to be realized. First, there are the incentives from state and local governments, which layer on to the long-term energy savings. Sachse says that incentives and rebates could lower the cost nearly in half to $21,000.

With exorbitant costs of heating and cooling, Dandelion’s solutions are attractive because they can help homeowners save up to 80% on heating and 30% on cooling bills, while helping reduce carbon emissions by up to 80%.

Not only does the homeowner benefit, so does the supply chain. With the recently introduced Inflation Reduction Act, the homeowner and the third-party installer both receive a 30% tax credit for 10 years. Plus, the Act also offers a domestic manufacturer rebate for an additional 10%, so the third party could get up to a 40% credit.

In the spirit of reimagining the process, Sachse says that Dandelion Energy wants to create a leasing model to lower upfront costs for homeowners who may not benefit from tax credits. Through a lease program, the company would own the ground loop in partnership with a capital group, which the homeowner could lease with an opportunity to buy.

David Maruna, vice president of new construction at Pearl Certification, a home standardization program for higher performance, has been working with Dandelion and has certified its installations.

“Dandelion does so much in the home, it can also have an outsized impact in the real estate transaction, which is a boon for the consumer,” he said. “Considering the downside health risks of burning natural gas inside a home, and the upside of an all-electric approach to building homes such as induction cooktops, and extremely low energy bills, we should push OEMs like Dandelion to bring more geothermal technology to scale in the marketplace.”

Sam Calisch, head of special projects at nonprofit research group Rewiring America, writes in a blog that 98% of US households would cut carbon emissions by installing a heat pump. Adding that if every single family home in the country adopted heat pumps, the total annual emissions reduction would be at least 160 million metric tonnes by 2032, equal to taking 32 million cars off the road.

Electric heat pumps not only can heat homes and water more efficiently than fossil-fuel appliances, but can operate especially well for cold climates, delivering enough heat in temperatures as low as -15°F. And while the name is deceiving, the heat pump works to efficiently cool homes as well, an ideal replacement for the 18,000 central air-conditioning units installed in US homes every week.

Despite the difficulty in reporting and tracking on energy use, researchers agree that today a heat pump could produce fewer emissions than a high efficiency gas appliance in nearly every household in America, even in states with mostly gas- and coal-powered grids.

As mentioned, the recent Inflation Reduction Act has made geothermal heating and cooling more affordable and accessible, by offering tax credits and other incentives to promote heat pump technology. In addition, the Defense Production Act was passed to expedite manufacturing, which would deliver better energy security and create jobs.

On top of that, building science consultant Steve Easley reports in the Journal of Light Construction that, while incredibly controversial, gas, propane and heating oil bans in new construction are popping up all across the country. His article details the effectiveness and the efficiencies of the change to electrification, with heat pumps as a centerpiece.

Combining the HVAC into one heat pump solution that is dramatically more efficient is a great example of the vertical integration and creative design that it will take to reduce carbon sufficiently.

Another recent solution that provides a similar vertical path is Aris Hydronics, an all-in-one HVAC and hot water solution that uses an air to water heat pump that takes energy out of the air and transfers it directly into water.

“We are both homeowners who saw a problem and came up with a solution for it,” said Helene Cornell, who serves as a co-founder with her partner Robert Benjamin.

The pilot stage product is still generating data to achieve the necessary certifications for the US market on its closed loop system that acts as a water battery to heat hot water in the winter and cool the water in the summer without limitations.

“Our technology is air source and geothermal is ground source,” Benjamin said. “While geothermal in cold climates has outperformed air source historically, given the shift in climate, in most cases air source can now offer a better ROI potential.”

“A hydronic system using a ¾” pipe of water can carry 3,500 times more energy than an 8 x 10” duct of air giving it very high energy capacity, this can translate to a 70 to 80% reduction in energy cost versus legacy central AC system for example,” he said. “Because of the limited mechanics and vertical integration, the product is low maintenance and long lasting.”

The system also is able to very effectively load level by increasing charge time on the thermal battery rather than increasing peak electricity draw throughout the night even though there was a 20 degree drop in temperature outside and optimal temperature for comfort indoors was maintained.

“We are reimagining it differently than just a product or hardware solution,” Benjamin said. “Besides developing a better product, we created something that is a different installer and different workforce. There are not enough HVAC installers and it’s slow to learn, making it nearly impossible to meet carbon goals.”

The company wants to create its own installer base from a large pool of licensed plumbers and general contractors who will become certified Aris installers to make it more affordable and less complicated to electrify a home and change out its HVAC and hot water heater, which traditionally would take three separate trained crews.

Currently, Aris Hydronics is concentrating on the Pacific Northwest regions where many homes don’t have sufficient cooling or have aging systems. He points out that in the Portland area people are discovering the need for air conditioning, where more than 70% of homes did not have adequate cooling even as record breaking 100 degree temperatures hit the region last year.

In that climate zone, Aris Hydronics is seeing a 45% total energy savings for the year compared to a traditional house with gas water heater, gas furnace, and central AC. Benjamin admits that in colder weather environments, a comparison with a gas system might offer lower savings than 45% depending on fluctuating electricity and natural gas costs.

While the ongoing energy costs will decline, th­e capital investment still needs to make sense. So, Aris Hydronics is trying to come in at a competitive price point to a regular HVAC system, aiming for a $17,000 price tag for a full system retrofit.

“This would put us at less than a replacement of a gas furnace, AC and hot water heater, without rebates,” he said.

Another unique aspect of the product is its artistic design. Cornell says it can look like a piece of art, without traditional mini splits or ducts with vents.

“Some will look like works of art that can be fully customizable and updatable,” she said. “Every room you walk into you are proud of it. Plus, you’re getting rid of gas and it’s not blowing air all around the house. Everything from start to finish is super quiet, you have to be within a couple feet of the unit to know that it is on.”

Keeping Up With Building Code

Brett Webster, is a manager in the buildings practice at global research firm RMI and is working on how to innovate in all electric combination mechanical systems specifically for residential retrofits. Most of the solutions he is encountering are from European manufacturers and combine functions of the systems for heating, cooling, ventilation and domestic hot water, which could create opportunities for greater efficiency and lower cost.

Some of those systems include Swedish company Systemair with its Genius product, and Italian companies Clivet and Nilan that also offer hybrid solutions.

While these cutting-edge innovations could be a huge benefit to the US’s carbon reduction goals, Webster points out that there is no US testing standard for multifunction solutions.

“If you try to isolate them to test for the individual systems, they sometimes fall short of the performance standards,” he said.

He adds that the existing European market for multifunction systems is geared toward very high performance, passive house style new homes, where the energy demands are so low that efficiency of the mechanical systems is not the primary goal.

“Modifying these systems to prioritize efficiency and developing a US test standard for them could help realize their potential to advance the decarbonization goals in the US,” he said.

Just as companies like Netflix are reinventing themselves for the new world, housing must do the same.