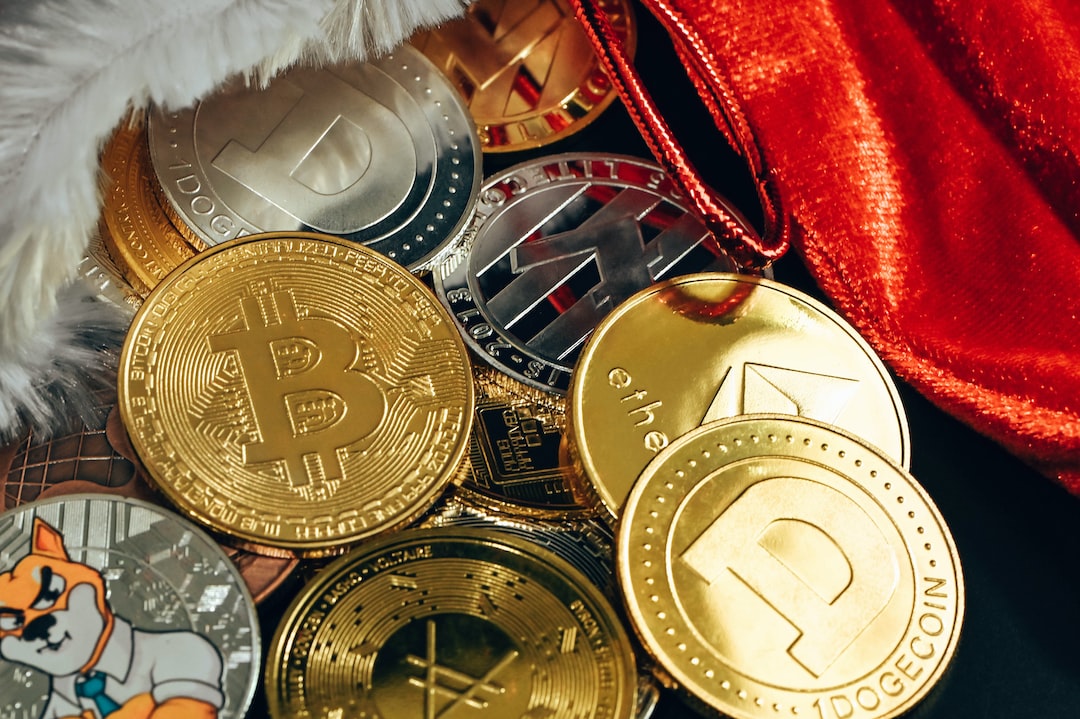 The European stock markets and the United States equities markets are both deep in the red on Aug. 22 as investors fear that aggressive rate hikes may not be off the table.

Another thing keeping investors nervous could be the upcoming  Jackson Hole economic symposium, which is scheduled to begin on Aug. 25. Investors are concerned that Federal Reserve chairman Jerome Powell could further elaborate on the Fed’s hawkish stance and plans for future interest rate hikes.

This macro uncertainty has kept the institutional investors away from the crypto markets. CoinShares data showed that crypto investment products recorded weekly volumes of $1 billion, which is 55% lower than the yearly average.

On-chain analytics resource Material Indicators said that Bitcoin (BTC) has not broken below the July lows. This suggests that the bear market rally is not yet over. However, buyers will have to push the price above the 200-week moving average of near $23,000 to gain the upper hand.

Could Bitcoin and most major altcoins make a strong comeback in the next few days and what are the critical levels to watch out for? Let’s study the charts of the top-10 cryptocurrencies to find out.

The buyers defended the support line of the ascending channel on Aug. 19 and started a bounce but the recovery stalled at $21,800. This suggests that bears are posing a strong challenge near the moving averages.

A minor positive is that the long tail on the Aug. 22 candlestick shows that bulls are attempting to defend the support line with vigor. If bulls push the price above $21,800, the BTC/USDT pair could rise to the 20-day exponential moving average (EMA) ($22,725).

If the price turns down from this resistance, it will suggest that the sentiment has turned negative and traders are selling on rallies. That could increase the possibility of a break below the channel. If that happens, the selling momentum could pick up and the pair could plummet toward the June 18 low at $17,622.

Conversely, if buyers thrust the price above the 20-day EMA, it will suggest that the pair may extend its stay inside the channel for a few more days. The bulls will then try to push the price toward the resistance line of the channel.

Ether (ETH) plunged below the 20-day EMA ($1,718) and the breakout level of $1,700 on Aug. 19, which suggests that traders who had purchased at lower levels were exiting their positions.

The bulls attempted to stall the decline at the 50-day simple moving average (SMA)($1,549) but the weak bounce off it suggests a lack of aggressive buying at the level. This increases the likelihood of a break below the support.

If that happens and the ETH/USDT pair breaks below $1,500, the selling could intensify as the bulls may wait for the price to reach the next strong support before buying again. The pair could therefore decline to $1,280.

Conversely, if the price bounces off the current level and rises above the 20-day EMA, traders who did not buy at the 50-day SMA may buy aggressively lest they miss out on the up-move. That could push the price toward $2,000.

Binance Coin’s (BNB) bounce off the strong support at $275 is facing stiff resistance at the 20-day EMA ($301) but a minor positive is that the bulls have not ceded ground to the sellers. This indicates that buyers expect the recovery to continue further.

If the price rises above the 20-day EMA, the BNB/USDT pair could rally to the overhead resistance at $338. This is an important level to keep an eye on because a break and close above it will complete the bullish inverse head and shoulders pattern. This setup has a pattern target of $493.

It may not be a straight dash to the target objective as bears may attempt to stall the rally at $420 and then again at $460.

Conversely, if the price turns down from the current level and breaks below $275, the pair will complete a short-term head and shoulders pattern. That could start a decline toward the pattern target of $212.

It is better to wait for either pattern to complete before establishing a position because the setups tend to break down more often than not.

Ripple (XRP) remains stuck inside the range between $0.30 and $0.39. The bulls are attempting to defend the support at $0.33 but are facing stiff resistance at higher levels.

If the price turns down and breaks below $0.33, the likelihood of a drop to $0.30 increases. This level has previously acted as strong support; hence, traders may buy the dip, expecting a rally back to $0.39.

Another possibility is that the price bounces off $0.33 and breaks above the moving averages. If that happens, the XRP/USDT pair may rally to the stiff overhead resistance at $0.39.

It is difficult to predict the direction of the breakout from a range. Therefore, traders may wait for the break to happen before establishing fresh positions.

Cardano (ADA) slipped below the 50-day SMA ($0.49) on Aug. 19, indicating that bears have the upper hand. Buyers tried to start a relief rally on Aug. 20 but the weak bounce shows a lack of demand at higher levels.

The bears will now try to sink the price to the strong support at $0.40. This is an important level to keep an eye on because the bulls have defended the level successfully since May 12. A break and close below this support could signal the start of the next leg of the downtrend.

Conversely, if the price rebounds off $0.40, the buyers will attempt to push the ADA/USDT pair above the moving averages. If they manage to do that, the pair could rally to the downtrend line.

Solana (SOL) broke below the moving averages on Aug. 19, indicating that bears have the upper hand in the near term. The sellers will try to sink the price to the immediate support at $32.

If the price rebounds off $32, the bulls will attempt to push the SOL/USDT pair above the moving averages. If they succeed, it will suggest that the pair may rise toward the overhead resistance at $48.

Contrary to this assumption, if the price slips below $32, the pair could slide to the crucial support at $26. The bulls are expected to defend this level with all their might because the failure to do so may signal the resumption of the downtrend.

Dogecoin (DOGE) bounced off the trendline on Aug. 20 but the bulls could not clear the overhead hurdle at the 20-day EMA ($0.07). This indicates that bears do not want to surrender their advantage and are selling on minor rallies.

The DOGE/USDT pair formed a Doji candlestick pattern on Aug. 21, which resolved to the downside on Aug. 22 and the price slipped below the trendline. If the price sustains below the trendline, the pair could further decline to $0.06. This is an important level for the bulls to defend because a break below it could result in a drop to the crucial support at $0.05.

To invalidate this bearish view, the bulls will have to push and sustain the price above the 20-day EMA. If that happens, it will suggest that bulls aggressively purchased the drop below the trendline. That could open the doors for a possible rally to the overhead resistance at $0.08.

Related: BTC to lose $21K despite miners’ capitulation exit? 5 things to know in Bitcoin this week

Polkadot (DOT) broke below the 50-day SMA ($7.78) on Aug. 19, indicating a lack of buying support from the bulls. The bears will now attempt to sink the price to the strong support at $6.

When the price is trading inside a large range, traders generally buy the rebound off the support by keeping a tight stop-loss. This improves the risk-to-reward ratio. Therefore, the likelihood of a bounce off the $6 support is high. If that happens, the DOT/USDT pair may remain range-bound between $6 and $10 for some more time.

The next trending move could start on a break below $6 or on a break above $10. If the support at $6 gives way, the pair may start the next leg of the downtrend.

Shiba Inu (SHIB) is witnessing a tussle near the 20-day EMA ($0.000013) with both the bulls and the bears vying for supremacy. The buyers are attempting to push the price above the overhead resistance at $0.000014 but the bears have held their ground.

The 20-day EMA has flattened out and the relative strength index (RSI) is near the midpoint, indicating a balance between supply and demand. This balance could tilt in favor of the bulls if the price rises above $0.000014. If that happens, the SHIB/USDT pair could rise to the stiff overhead resistance at $0.000018.

Polygon (MATIC) has been consolidating in a large range between $0.75 and $1 for the past few days. The bulls purchased the dip to the support of the range but the rebound is facing stiff resistance from the bears at higher levels.

If bulls push the price above the 20-day EMA ($0.86), the MATIC/USDT pair could attempt a rally to the overhead resistance at $1 where the bears are likely to mount a strong defense. If the price turns down from this resistance, the pair could extend its stay inside the range for some more time.

Contrary to this assumption, if the price turns down from the current level and breaks below $0.75, it will suggest that bears are back in command. The pair could then decline to the next support at $0.63.

Canada crypto regulation: Bitcoin ETFs, strict licensing and a digital dollar
Trading Psychology: Placing Your First Trade
How to Eliminate Stress While Trading (The Flow of Stock Trading)
Elite Private Clubs Seen As Way To Lure Workers Back To Office
Is Alibaba Crazy for Buying into Groupon?