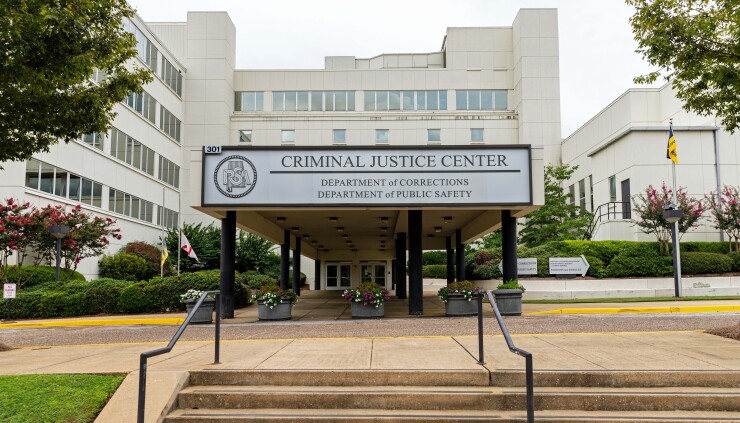 Alabama vowed last year it would go forward with a project to build two new prisons and next week it plans to fulfill its promise to do it, even as it jettisoned the controversial private-prison model that caused it so much grief.

The Alabama Corrections Institution Finance Authority will price $725 million of tax-exempt revenue bonds on Tuesday, more than a year after underwriters pulled out of a divisive deal that would have financed the construction of two privately owned prisons.

The state is looking forward to a successful financing by ACIFA on Tuesday for the replacement correctional facilities, which will provide space for enhanced medical and mental health services, rehabilitative programming and vocational training, the ADOC Public Information Office told The Bond Buyer Tuesday.

This year’s deal comes with a new, more traditional municipal financing structure, a new ownership structure for the prisons, and new underwriters.

“The issues surrounding Alabama’s prison system are complex and the state is committed to improvements of its system. Modernization of facilities is a necessary step to improving conditions and services for staff and incarcerated persons,” ADOC said.

The new bond-funded facilities are supposed to create a safer and more secure environment for inmates and security personnel that will support the department’s efforts to better recruit and retain professional staff, according to ADOC.

Last year’s planned sale of $850 million of public-private partnership lease-back bonds was to have funded new prisons that would have been built and owned by private prison operator CoreCivic Inc., but run and staffed by ADOC.

Barclays Capital, the would-be underwriter on that P3 deal, pulled out after social justice organizations voiced criticism about the private prison sale. The Wisconsin Public Finance Authority would have issued the bonds.

Barclays saw the bond offering as not a straight private prison deal, since the jails would be staffed by state corrections employees — nevertheless it drew the wrath of these groups because CoreCivic stood to profit from the issuance.

The American Sustainable Business Council and Social Venture Circle voiced their opposition to that sale or any future private prison deal.

But next week’s deal is different, with a traditional government finance and ownership structure.

ACIFA is a public corporation authorized by the state in 2021 to issue debt, lease the facilities and secure the bonds with pledged revenues. The bonds are secured by rental payments appropriated by the legislature annually from the state’s general fund to the ADOC. The lease is renewable annually through 2052.

The deal is rated Aa2 by Moody’s Investors Service, AA-minus by S&P Global Ratings and AA by Fitch Ratings.

Alabama is getting $2.1 billion under American Rescue Plan Act, with an additional $1.7 billion that will go to local governments. The state is using $400 million of its ARPA funds for the prison replacements.

The issuance is the culmination of several years of exploration by the state as it looked at a myriad of different financing options for the construction of the prisons, Fitch said in report issued last week.

In September, the state Legislature approved an act that created the ACIFA and okayed the building of the two men’s prisons, Elmore and Escambia, using public money. Within a year after the completion of the new facilities, the two existing prisons are to be closed for good.

The law also provides for physical and mental healthcare facilities to be built and education training to be provided at the Elmore facility.

Additionally, lawmakers approved the construction of a new woman’s correctional facility and the renovation of three other men’s prisons.

Alabama faced class-action lawsuits and U.S. Department of Justice finding letters for conditions at the prisons.

The Southern Poverty Law Center and the Alabama Disabilities Advocacy Program filed class-action lawsuits against the state in 2014 saying the prison conditions violated the Eighth Amendment, which prohibits cruel and unusual punishment.

In 2020, DOJ said there was reasonable cause to believe conditions at the state’s prisons violated the Eighth Amendment because male prisoners were subjected to excessive force by prison staff. DOJ then gave ADOC written notice of its allegations and the minimum remedial measures it said were needed to address them.

Fitch said the bonds are rated one notch below the state’s AA-plus issuer default rating, reflecting a slightly higher level of optionality associated with the requirement to appropriate.

Alabama’s IDR “reflects the state’s high level of resilience to changes in the economic cycle, derived from strong spending controls that contribute to balanced operations and maintenance of significant reserves in the Alabama Trust Fund,” Fitch said. “The state is benefitting from a longer-term trend toward a more diversified economy even with continued reliance on manufacturing, and has low long-term liabilities.”

Alabama may have had to pay a bit more by waiting to do the deal because rates have been on the rise since last year.

The original P3 deal set for April 2021 was comprised of about $635 million of taxables to be sold in a public issuance in compliance with Rule 144a of the Securities Act to qualified institutional buyers and around $215 million of taxables that were to go into the private placement market with institutional investors, in compliance with Section 4(a)(2) of the Securities Act. They would have carried ratings of A3 from Moody’s Investors Service and A-minus from S&P Global Ratings.

Last year, the single biggest deal in the Southeast region was done by the Alabama Federal Aid Highway Finance Authority, which came to market with a $1.517 billion transaction in October.

Proceeds from the taxables refunded the authority’s outstanding debt and reimbursed the Alabama Department of Transportation for capital improvement projects. Proceeds from the smaller tax-exempt series funded various capital projects.