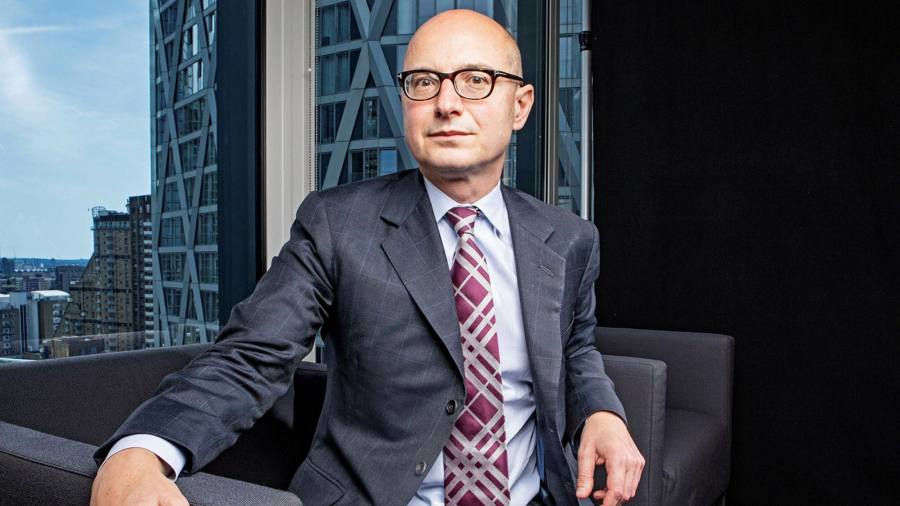 Britain risks becoming a “rule taker” from Brussels after the government chose not to give the competition regulator powers to set codes of conduct for big internet groups such as Google and Facebook, the watchdog’s outgoing chief executive has warned.

Laws to empower a technology regulator within the Competition and Markets Authority were left out of the Queen’s Speech, putting the UK behind Brussels, which this year launched a landmark package of rules to rein in the dominance of Big Tech.

While the UK is now outside the EU and sets its own rules, Andrea Coscelli said that in practice companies were already investing to adapt to the laws set by Brussels, making it harder for the UK to diverge later because of the “undue cost” on corporates.

“As a country we are in a great place to set up smart, pro-business, pro-competitive rules of the road in a number of these areas . . . If we don’t, then in practice we become a rule taker because of the cost of divergence,” he said in an interview with the Financial Times.

“The . . . frustration is that we were [initially] ahead of the European legislation [in drafting the rules] . . . we’re now behind.”

The digital markets unit was set up in shadow form last year but cannot set bespoke rules for technology companies without legislation. Coscelli said its 70-odd staff would instead focus on its existing toolkit and probes such as an investigation into Google’s app store rules, and cases on Apple and Meta.

Coscelli, who moves on at the end of July, has overseen high-profile investigations in his six-year tenure, including probes into big pharma groups resulting in multimillion-pound fines and an £8mn payout for the NHS.

But he admitted the CMA had “underestimated” the complexity of its rising workload post-Brexit. The watchdog took on a string of complicated merger investigations once handled by Brussels as part of a beefed-up role.

It has gone from about 600 to 900 staff members and taken on new responsibilities, including an office of the internal market that assesses how well trade is working across the UK, and subsidy control, which replaced EU state aid.

“We probably underestimated just the size and the complexity of some of these [merger] cases,” Coscelli said. “For example something like [chipmaker Nvidia’s controversial takeover of Arm], which is probably bigger and more complicated than almost anything we did pre-Brexit. Now, at any point in time we have six or seven cases like that.”

The CMA has wide latitude to intervene in mergers because of the flexible tests it uses to determine whether it has jurisdiction. But the watchdog has called for greater powers to prevent so-called killer acquisitions in which a dominant technology company buys up a nascent competitor.

“We worry that these companies are so big and powerful that quite a few of their acquisitions are a problem,” Coscelli said. “We worry that five years from now we’re going to look back and say we’ve only intervened in three cases and maybe we should have looked at 15.”

The government has said it will give the watchdog the power to intervene in killer acquisitions as part of a long-awaited package of tools to boost its efficacy and enforcement abilities — elements of which were promised as long ago as 2019.

The tools would give the CMA the power to decide for itself when a company has breached consumer law and issue fines without getting bogged down in the courts.

Coscelli says this would have enabled the watchdog to take on “twice or three times as much” work during the Covid-19 crisis, when its dedicated task force fielded thousands of complaints each week and intervened in markets from PCR testing to package holidays.

The outgoing chief executive plans to return to the private sector and will hand over to general counsel Sarah Cardell, who was named interim chief executive on Friday. Her appointment comes after the selection of a new chair, former Boston Consulting Group senior partner Marcus Bokkerink. He replaced Andrew Tyrie, a Conservative politician, who was ousted in 2020 following a boardroom clash.

Coscelli said “there is a question about appointing former politicians to independent regulators”.

“It’s important that [the agencies] are close to the government . . . [But] there is a counter argument that these bodies really need to be quite independent and technocratic,” he said.

He added: “Someone like Marcus who doesn’t have political experience but does have extensive business experience is the ideal candidate.”