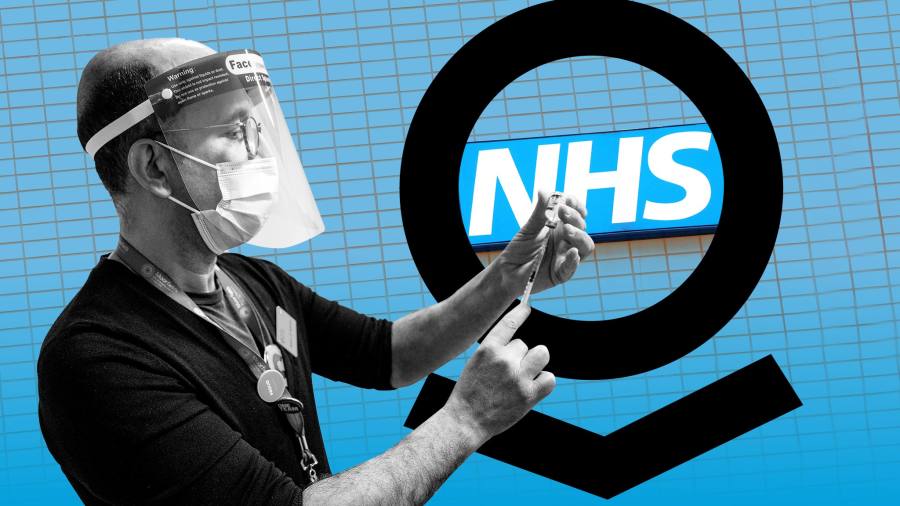 US data analytics group Palantir is gearing up to become the underlying operating system for the UK’s National Health Service, poaching senior NHS officials as part of a bid to win a £360mn contract to manage the data of millions of patients across England.

The company, best known for its ties to the security, defence and intelligence sectors, has been the NHS’s go-to data analytics provider during its Covid-19 crisis response. Its Foundry software was used in the management of ventilators and PPE equipment, delivery of the nationwide vaccination programme and helping to tackle the backlog of 6mn patients waiting for elective care.

The secretive company, co-founded by Peter Thiel, an early investor in Facebook and prominent supporter of former US president Donald Trump, is now manoeuvring to expand its reach into the NHS over the next decade.

That push has prompted privacy activists and some within the NHS to voice concerns about Palantir’s suitability to run national health systems as well as the dangers of the NHS relying on a single private company for its key functions.

Over the next few months, Palantir will bid for the five-year £360mn contract for the proposed Federated Data Platform (FDP), a new data tool to connect and integrate patient and other data sources from across the health system, so real-time decisions can be made effectively by clinicians and bureaucrats. The contract is due to be awarded in November this year.

“This would be the veins through which patient data would flow, very much the operating system for data in the NHS,” said Phil Booth, founder of health data advocacy group medConfidential. “This is clearly a core element of the NHS’s entire digital transformation programme.”

To help its chances, Palantir has hired two senior NHS officials in recent months — Indra Joshi, the NHS’s former head of artificial intelligence, and Harjeet Dhaliwal, former deputy to Ming Tang, NHS England’s data chief, who is responsible for the FDP contract and for Palantir’s previous contracts with the NHS.

A former senior health official said that eyebrows within the service had been raised by “the revolving door between government, NHS and Palantir.”

The UK is a key market for Palantir, which employs more than 600 people — its largest single office — and plans to hire an additional 250 staff this year. The company already processes sensitive national security data for UK public authorities, including the Ministry of Defence and Cabinet Office.

“Palantir has said this is a must-win deal for them,” said a person with knowledge of Palantir’s expansion plans in the UK. “This is a five-year contract, with an option for an extension for two years. [Many people] think it’s really £1bn over 10 years. Once Palantir is in, how are you going to remove them?”

The move comes as Palantir’s growth slows significantly. Its sales in the first quarter of this year rose 31 per cent, compared to a rise of 49 per cent in the same period last year.

Although the company has said it wants to pivot to doing more commercial work, government contracts still have a big impact on its financial health. Government revenue was up 16 per cent year on year in the first quarter, compared to a 76 per cent increase the year before.

According to several figures at the NHS and at its suppliers, Palantir is viewed as the frontrunner for the FDP contract, which runs until 2027. The platform will be used for the national management of vaccines and immunisation programmes, population health, elective waiting lists and medicines and equipment supply chains, among other applications.

In an information pack provided to potential suppliers by the NHS, and seen by the Financial Times, Palantir’s technology was lauded as a model. “The current platform (Foundry) is . . . delivering huge benefits and was critical to the success of the vaccination and PPE programmes.”

Rolling out this type of system across the rest of the health service “has the potential to deliver £3.6bn benefits over 10 years,” the document said.

One senior NHS official said Palantir was well-placed to win the bid, particularly when its work was assessed against failures elsewhere in the Covid response, notably deficiencies in the programme to test and track contacts of infected people.

Other potential bidders could include consulting firms such as Accenture, PwC and KPMG, who have technology partners such as Oracle and Microsoft.

Palantir declined to comment on the bid, but said it is “proud that our software supports many of the world’s most important private and public institutions in their hour of need”.

NHS England said the procurement process will start in early July and that it will be an open procurement to allow all suppliers a chance to bid.

“The NHS should not be commissioning a single supplier to be the provider of its operating system for data for England. We need to be building the capacity to do that ourselves,” said Booth of medConfidential. “Whatever supplier is contracted should be completely transparent, but Palantir is a black box.”

Palantir’s involvement in the NHS has been particularly controversial among civil liberties groups. Last July, a group of privacy campaigners led by tech justice group Foxglove launched the “No Palantir in Our NHS” campaign owing to its work with the US immigration service and close links to national security agencies.

While a senior NHS official acknowledged the question of data security was “completely valid”, he said NHS England had “gone into this in a lot of depth” and believed that Palantir was “one of the few companies that can actually address those concerns legitimately.” Under the licence agreements that the NHS has previously entered into with the company, “the data control stays with the owner of the data, not with Palantir”, he noted.

Not all are convinced. “Many are already concerned about commercial interests having involvement at all, let alone a company that helped Donald Trump with his ICE detentions at the Mexican border,” said Booth. “Is this a proper corporate entity to be working at the heart of the NHS?”