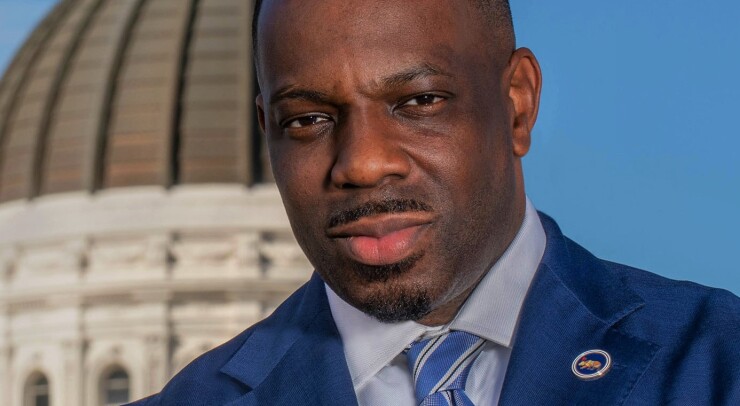 California should prioritize safety, equity and climate challenges as it spends its share of the $1.2 trillion Infrastructure Investment and Jobs Act, said Toks Omishakin, secretary of the California State Transportation Agency.

“I think it’s important to note that is truly an opportune time for us, particularly those of us looking to address infrastructure,” Toks said during an online panel discussion hosted by the Public Policy Institute of California. “This is the biggest thing to happen since President Eisenhower set us on a path to build the federal highway system in the 1950s.”

Given that opportunity, Toks said, the state shouldn’t repeat the mistakes that occurred when the federal highway system was developed, like building freeways through the heart of communities of color.

Toks and the other panelists discussed the best methods of tackling California’s infrastructure backlog during the think tank’s online event.

California expects to receive almost $40 billion from federal transportation programs over five years under IIJA, which is an increase of $10 billion compared to allocations from the expired Fixing America’s Surface Transportation Fast Act, the state Legislative Analyst’s Office said in a February report.

“We are the richest state in the nation, but we also have some of the poorest demographics,” Toks said. “As we build this future, we need to unite, not divide communities.”

The same day, a group led by Denver International Airport CEO Phillip Washington asked public agencies to sign a pledge to significantly increase, and perhaps double, the number of lead, joint venture and equity contracting opportunities given to historically underserved businesses on infrastructure projects that use federal funds.

IIJA, signed into law by President Biden in November, authorizes $567 billion in spending for federal transportation programs over five years, which is an increase of $274 billion above previous spending in the FAST Act, the LAO report said. The money can be spent on highway, transit, rail and freight projects.

Funding the state receives from federal‑aid highway programs largely is provided to Caltrans, the LAO said. Historically, 60% of the funding is used for state activities — such as highway maintenance and rehabilitation — and 40% is apportioned to local agencies. In contrast, most of the funding from federal transit programs is allocated to transit agencies in the state directly from the federal government.

As the state deploys the money, the panelists would also like it to better coordinate projects between the different agencies and regions, so they connect more seamlessly.

“We need to have a statewide transportation policy,” said Danny Wan, executive director of the Port of Oakland.

Some of the supply-chain problems the port has encountered that led to a record backlog of ships at West Coast ports are because the system is so fragmented, Wan said.

Tether to launch GBPT stablecoin pegged to British pound sterling
McKinsey: The Metaverse Could Generate $5 Trillion by 2030 — ‘Simply Too Big to Be Ignored’
How to Find Value Stocks Using the Price to Sales Ratio
Introduction to Reading Stock Charts for Beginners
Fed bans former Golden Pacific investor from banking industry