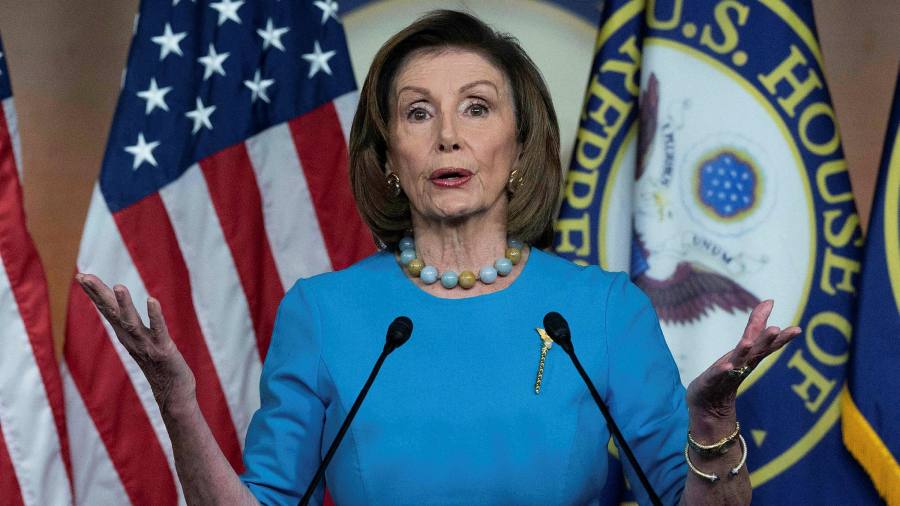 Nancy Pelosi said the US House of Representatives would press ahead with a vote on Joe Biden’s $1.75tn Build Back Better bill on Thursday night, after an independent government agency said the package would add $367bn to the federal deficit over the next decade.

The Congressional Budget Office, which provides cost estimates for big legislation, released its assessment on Thursday evening after a group of House moderates had insisted on it as a precursor to any vote.

The CBO said the Build Back Better bill would “result in a net increase in the deficit totalling $367bn over the 2022-2031 period” but added that the figure did not count “any additional revenue that may be generated by additional funding for tax enforcement”.

The CBO projected that separate White House proposals to beef up tax enforcement by the Internal Revenue Service would reduce the deficit by $127bn over the same 10-year period.

In a letter sent to House Democrats as the CBO wrapped up its work, Pelosi, the Democratic Speaker of the House, said a vote on the Build Back Better bill would follow a limited debate on Thursday night.

It remained unclear whether all House Democrats would sign on to the legislation. The White House has insisted that the bill would be “fully paid for” while more moderate Democrats have raised concerns that the package would add to the deficit at a time when many Americans are concerned about rising inflation.

US Treasury Secretary Janet Yellen issued a statement Thursday evening saying: “The combination of CBO’s scores over the last week, the Joint Committee on Taxation estimates, and Treasury analysis, make it clear that Build Back Better is fully paid for.”

Yellen added that the Treasury estimates the IRS measures would rake in “at least $400bn in additional revenue” — considerably more than the $127bn projected by the CBO.

The White House published its own projections on Thursday evening suggesting that combining estimates from the CBO, the Joint Committee on Taxation and the Treasury would amount to a $112.5bn increase in the federal deficit.

The CBO analysis sets the stage for a vote on Build Back Better — a sweeping package that would invest billions of dollars in early childhood education, public healthcare for senior citizens and efforts to combat climate change — just one week after the lower chamber of Congress approved the other pillar of the president’s legislative agenda, a $1.2tn bipartisan infrastructure bill.

Biden signed the infrastructure package, which largely allocates federal funds to repairing roads, bridges, tunnels and other transport systems, into law on Monday and has since travelled the country touting the benefits of the investments to voters.

Biden and the Democrats are looking to shore up support ahead of next year’s midterm elections, when control of both chambers of Congress will hang in the balance.

The White House had hoped to push the infrastructure bill and Build Back Better through Congress in tandem. But the larger budget bill, which Democrats are aiming to pass without Republican support, has been held up by months of Democratic party infighting that has exposed fissures between its progressive and moderate members.

A handful of House moderates, led by New Jersey Democrat Josh Gottheimer, said earlier this month that they were withholding support for the budget bill until the CBO published its cost estimates for the package.

Republicans have sought to tie Biden’s spending plans to inflation, in a message that appears to resonate with a segment of the electorate. The latest national opinion polls show the president’s approval rating at an all-time low, with a growing share of Americans disapproving of his handling of the economy.