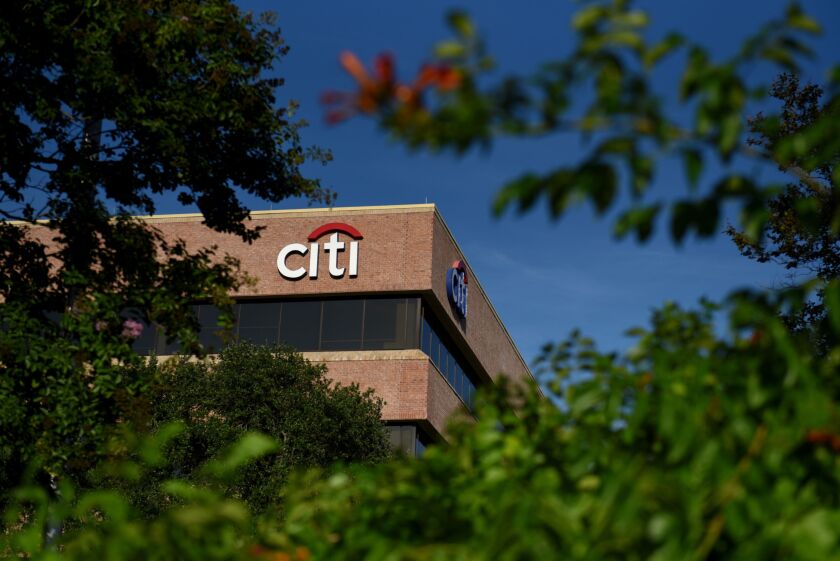 Citigroup Inc. won a municipal bond deal in Texas on Wednesday, marking its potential re-entry into a booming corner of the municipal-debt market after a new Republican state law sought to punish Wall Street banks for their gun policies.

The bank won a competitive auction for a $27 million bond offering sold by the Alamo Heights Independent School District, data compiled by Bloomberg show. It stands to be the firm’s first muni deal in Texas since late August.

The pause in underwriting there came after the law went into effect on Sept. 1, barring governments in the state from working with companies that “discriminate” against firearm businesses or trade groups.

Before the deal becomes final, Citigroup needs the office of the state’s attorney general, Republican Ken Paxton, to sign off on the transaction, a step required on public debt sales in Texas. The office didn’t respond to an email and phone call requesting comment.

Citigroup bid a net interest cost of 0.68%, according to a list of bidders provided by the district. The next lowest bidder was BOK Financial Securities, which offered 0.73%. Mike Hagar, assistant superintendent of business and finance for the district, confirmed that Citigroup won the deal. A spokesperson for the bank declined to comment.

“We feel confident with Citigroup and that the AG office will approve the sale,” Hagar said in an email.

After being ranked the biggest underwriter of Texas munis from 2018 to 2020, New York-based Citigroup has dropped to eighth place this year, according to data compiled by Bloomberg. Bank of America Corp., JPMorgan Chase & Co. and Goldman Sachs Group Inc. also haven’t underwritten muni bonds sold by the state and its cities, schools, and transit agencies since the legislation took effect.

Citigroup has said repeatedly that it could comply with the law, known as Senate Bill 19, and that it was temporarily pulling back as it worked through the certification process now required under the legislation.

The law targeted banks like Citigroup, which in 2018 said it would forbid retailers that are its customers from offering bump stocks or selling guns to anyone who hasn’t passed a background check or is younger than 21.

The state’s surging population has driven debt sales for infrastructure, making it a key market for municipal underwriters. In 2020, Texas borrowers sold about $58 billion of debt, trailing only those in California.

In October, Citigroup sent a letter to the state attorney general’s office that confirmed it does not have a “practice, policy, guidance, or directive” that discriminates against a firearm entity or trade association. Then, on Nov. 9, the firm said in a statement it was ready to restart underwriting in Texas.