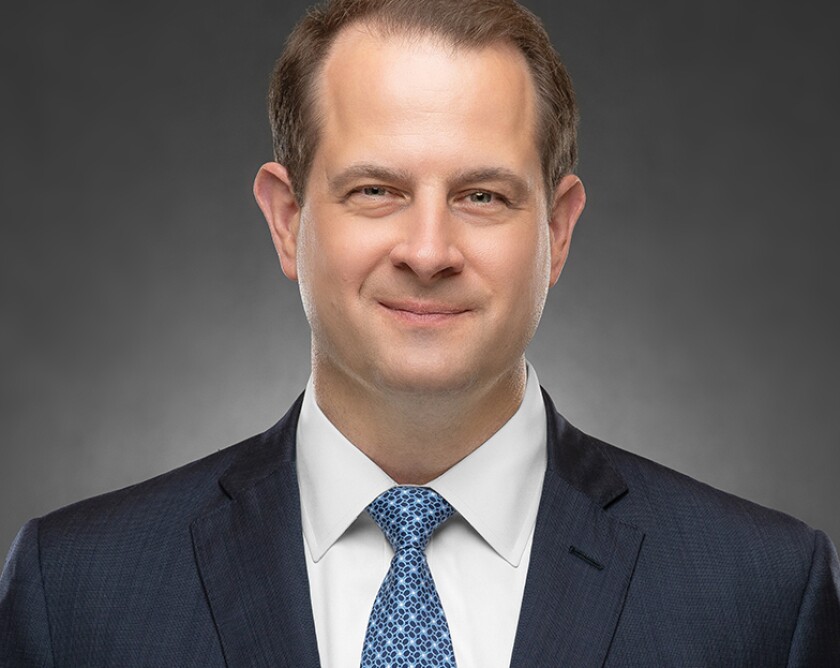 “There is opportunity for attractive yields in both the intermediate slope of the municipal yield curve and in the short, high-quality taxable market,” including taxable municipals, said Matthew Gastall, executive director and head of Morgan Stanley Wealth Management and Municipal Research.

“This is one particular time when we have to watch broader developments to have a better understanding of what is happening,” he said. “We have to keep an eye on Treasuries and the Fed more than we usually do.”

Tthe market is awaiting signs and signals about what the Federal Reserve Board may or may not do to end 2021 and begin 2022, according to Tom Kozlik, head of municipal research and analytics at HilltopSecurities Inc.

“We are watching, waiting, and suffering from political exhaustion, and hoping for the best to end the year,” Kozlik said.

He said the market is also hoping for some return to normalcy on the pandemic front as ongoing uncertainty could impact the economic landscape.

“We are all hoping that the COVID-19 fifth wave has much lower consequences from a health standpoint,” and that economic growth is not as negatively impacted for the rest of 2021 and in early 2022, Kozlik said.

He noted that gross domestic product, quarter over quarter, in the third quarter was much lower than initially expected due to the impacts of the Delta variant.

Opportunity calls
Despite any concerns in the rest of 2021, there are windows of opportunity for investors before year end.

Sean Carney, head of municipal strategy at BlackRock Inc. recommended that investors use a barbell approach — both on the yield and credit curve — and be nimble and flexible.

“Rate stability will help support lower-rated credits while periods of rate volatility will favor flexible strategies that have the ability to hedge interest rate risk as well as offer a mix of tax-exempt and taxable municipal bonds, investment-grade and high-yield,” Carney added.

Carney also anticipates that performance will be mainly driven by coupon return for the balance of the year.

Gastall recommends choosing high-quality paper in the essential service sector, such as public power and water and sewer bonds, to protect investors from added risks in the event spreads widen.

Many securities are trading to shorter call options than final maturities, and that may suggest the market might be less volatile versus other fixed income asset classes through year end, according to Gastall.

“We are telling investors to basically have a hedged approach,” he said. “Have some money in cash, but at the same time — with a period of underperformance driven by a healthy season of current seasonal supply — keep some powder dry, and have a blended approach,” to promote wealth preservation, tax-exemption, and safe current income, he added.

“As we move closer to the final weeks of the year, there will continue to be ample cash awaiting deployment guidance and we do not see demand being fully satisfied, even with ebbing bond redemptions and maturing securities over the near-term,” Lipton wrote.“Now is the time to conduct active and strategic portfolio reviews with an eye focused on security selection and the most appropriate construction that can weather the headwinds of higher interest rates.”

He believes lower-rated credits offer better relative value versus higher-grade bonds in the remainder of the quarter.

“Additionally, should the municipal market enter a rising rate environment, we believe that lower-rated names could benefit from spread tightening versus on-the-run names based on historical experience,” Goode said.

He said bond structures with low coupons of 3% or lower have proliferated as the municipal bond yields have remained low.

“We remain cautious in these types of securities as they materially underperform in a rising interest rate environment,” Goode said.

“We believe such a strategy should be especially advantageous in times of dislocations driven by technical, rather than fundamental, factors,” Goode added.

High-yield, triple-B paper, and longer maturity debt have seen the weakest performance in October, so these securities provide the best value if the market rebounds into year-end as expected, according to Chad Farrington, co-head of municipal bond investment strategy at DWS Group.

Ben Barber, director of municipal bonds for Franklin Templeton Fixed Income, said intermediate to longer duration structures with some portion in credit-oriented municipals make sense for most investors over the long term.

“Year-to-date, the yield curve has flattened,” he said.“Some of the best risk-return in the curve right now can be in that 10- to 15-year part of the curve.”

“From a credit spread perspective, there’s no question that spreads have tightened year to date, but spreads are still implying much higher default rates than what is happening currently, or what we believe will happen in the future,” Barber added.

Demand unabated
Despite any tax and interest rate volatility, or political or pandemic worries, the market should continue to be bolstered by strong demand with little major impact from these concerns, experts agreed.

“Municipals tend to outperform during rising interest rate environments, which we continue to expect over the medium-term,” Carney said.

The potential for higher federal and state tax rates is already built into the market, analysts say, many of whom expect the strong demand to continue even in the event taxes don’t increase.

At the same time, taxes aren’t likely to go lower any time soon, according to Farrington. “So, while we may see a slowdown in demand, munis will still justify a meaningful allocation in many individual portfolios and [that will] prevent any large-scale flight from munis,” he said.

The combination of reasonable relative value and strong credit fundamentals will be the drivers for continued demand, Barber said.

Investors in those states will benefit most from moving out to the intermediate slope of the yield curve, particularly 10-year final maturities, to earn “invaluable” municipal exemption, Gastall said.

“When you factor in Federal, state, and local exemptions, the 3.8% Medicare tax, and the SALT deductions, bonds on the intermediate curve mean quite a bit for high bracket investors,” he continued.

Carney said the reliable nature of municipals “offer a well-diversified portfolio from a safety and income standpoint.”.

“The value of the tax-exemption should not be underestimated in a world where tax havens are far and few between,” Carney added.

“October and November are a bridge until the January Effect takes hold, meaning supply begins to wind down at the same time demand increases meaningfully ahead of the new-year, and large coupon reinvestment is changing the technical backdrop,” Carney said.

Ratios, rates, and spreads
The strong and stable demand and strong credit fundamentals, could lead to tighter spreads in the fourth quarter and beyond, according to Farrington.

“The main driver of spread compression will be the credit fundamental story in munis, which continues to be positive,” Barber said.

Treasury volatility would add to the already-challenging supply and demand imbalance that followed the passage of the Tax Cuts and Job Act, according to Gastall.

As year end approaches, the imbalance will likely grow even more challenging, according to Goode.

“The technical backdrop for municipals in December is expected to be extremely strong with investors having significant cash to put to work during what could be a low supply month due to the holidays,” he said.

As a result, most cash will likely be put to work in 2022, Goode said.

“There could be further strength in the remainder of the quarter in anticipation of lighter supply that is typical at the beginning of every year,” Farrington said.

Fluctuating flows
Goode suggested that strong fund flows have masked many of the potential risks for the market, including the prospect for rising interest rates, acceleration of tax-exempt issuance, and a still-vulnerable economy.

“It is our belief that a small change in fund flows could have outsized negative impacts on municipal valuations, especially in a market so reliant on new capital to support bond valuations,” Goode said.

Farrington said it is “very possible” that the record pace of flows to date have been partly attributable to the expectation of higher taxes. “So there may be a risk of a reversal in flows if new legislation does not result in higher taxes,” he said.

Overall, experts say municipals should enjoy a constructive end to the fourth quarter, with select opportunities, amid the remaining market and political volatility.

December and January have accounted for 38% of full-year performance over the past five years, Carney noted.

“While predicting exactly how things will turn out this year is a fool’s game, it’s quite conceivable the pattern holds given the most recent reset in yields and spreads, both in investment-grade and high-yield,” Carney said.

“Broadly speaking, the uncertainty around interest rates, monetary policy, and pending legislation in Washington could have investors on the sidelines taking a wait-and-see approach as the potential impact of these factors evolves,” MacDonald said.