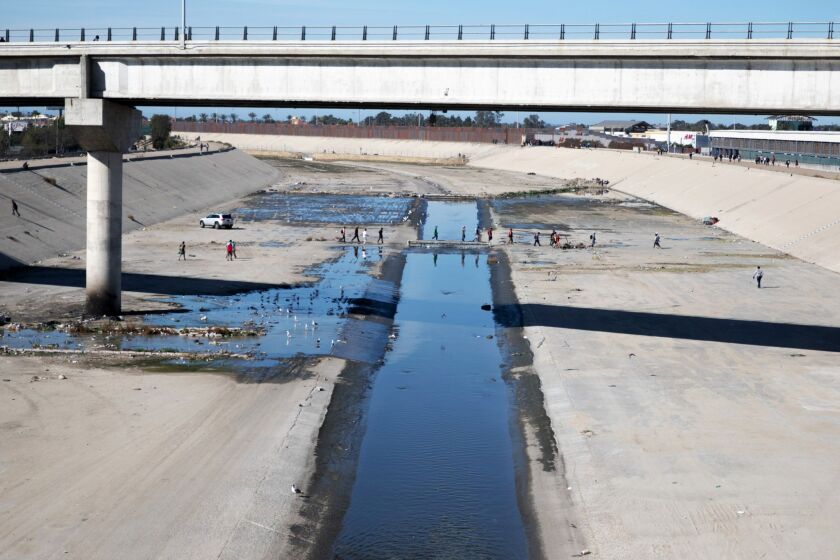 Residents in the San Diego area and across the Mexico border in Tijuana, received welcome news when the U.S. Environmental Protection Agency announced plans to move forward on $627 million of investments in water quality projects.

“For far too long, toxic waste and raw sewage has flowed across the border into Southern California, polluting our air and water and depriving communities of outdoor recreation and economic opportunities” said U.S. Sen. Alex Padilla. “I’m glad we were able to work with the EPA to develop a comprehensive plan to improve sewage treatment in both San Diego County and Tijuana.”

U.S. and Mexican lawmakers announced selection of the suite of water projects that will now enter environmental review during a virtual press conference held Monday.

“To protect public health and vital ecosystems in this vibrant area, we need a bold solution to the transboundary water pollution challenge,” said EPA Assistant Administrator for Water Radhika Fox during a virtual press conference Monday.

The EPA has $350 million available through existing sources, and the state of California included $20 million in this year’s budget for special projects including the Tijuana River Valley, said Courtney Pittam, press secretary for San Diego Mayor Todd Gloria. There is no split for how costs will be shared between the countries, Pittam said.

It is too early in the process to know whether municipal bonds will be issued in conjunction with these projects.

“It’s worth noting there isn’t an immediate need for the full $627 million, since EPA can only implement these projects once the required environmental process is complete (NEPA) and capital projects don’t require 100% up front capital at the outset of construction,” Pittam said.

“EPA is engaging regularly with Mexico,” she said.

Congress appropriated $300 million for infrastructure to address transborder pollution in 2020 through the U.S.-Mexico-Canada Agreement implementing legislation.

The bill, which hasn’t seen any action since it was referred to committee in March, would designate the EPA as the lead agency to coordinate all federal, state and local agencies to build and maintain needed infrastructure projects to decrease pollution along the border.

While the overall cost of the comprehensive solution exceeds the appropriated amount, the EPA will implement a phased approach in the design and construction of the various infrastructure projects, according to an EPA statement.

CONAGUA, Mexico’s national water commission, will provide its support for the completion of sanitation projects on the Mexican side that contribute to the fulfillment of that objective, said Dr. Humberto Marengo Mogollón, head of the general technical subdirectorate of CONAGUA, during a virtual press conference.

“The projects considered in the EPA plan for the sanitation of the Tijuana River basin will significantly improve the quality of water in this river and on the beaches of both countries,” Mogollón said.

As the EPA completes its assessment of infrastructure options, a National Environmental Policy Act (NEPA) review will move forward to reduce potential negative environmental impacts from the projects that make up the comprehensive solution. The legally mandated review is needed before design and construction can begin.