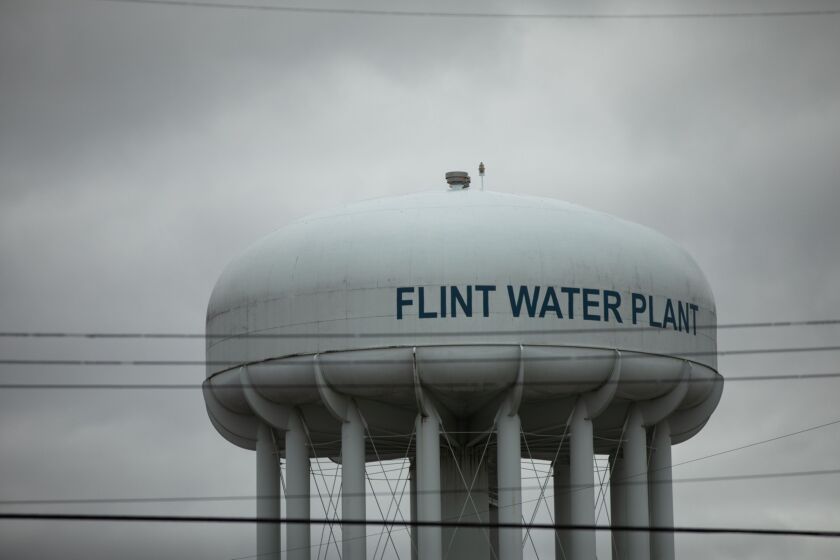 A federal judge in Michigan signed off on a $626.25 million settlement that resolves litigation over the state’s role in the Flint water contamination crisis, closing one chapter of the debacle as legal cases proceed on other tracks against former state officials and bond underwriters.

The state sold $603 million of taxable bonds in June to cover its share of the settlement.

Attorney General Dana Nessel and Gov. Gretchen Whitmer announced the pact in August 2020 after 18 months of negotiations with lawyers for residents harmed by the lead poisoning that followed Flint’s move to switch its water source in 2014 while under state emergency management.

Final approval came from U.S. District Court Judge Judith Levy who presides in the District Court for the Eastern District of Michigan after rejecting objections and determining the settlement was fair, adequate, and reasonable.

“The settlement reached here is a remarkable achievement for many reasons, not the least of which is that it sets forth a comprehensive compensation program and timeline that is consistent for every qualifying participant, regardless of whether they are members of a class or are non-class individuals represented by their own counsel,” Levy wrote in her opinion.

The city failed to treat the water properly leading to lead poisoning that sickened residents and also caused deaths as the contaminated water was blamed for an outbreak of Legionnaires’ disease.

“For those who have endured the damage done by the Flint water crisis, I know this day brings only partial relief to what remains unimaginable hardship, but I hope this important settlement can be acknowledged as a positive step in the healing process,” Nessel said in a statement.

A court decision on payment of legal fees is pending. More than 50,000 claim registrations were received.

Terms of the settlement that Levy had granted preliminary approval to in January called for the state to fund its share of the settlement earlier this year, paving the way for the borrowing. The bonds mature between 2022 and 2051. State lawmakers late last year signed off on the annual appropriation of $35 million to cover debt service.

In the event the settlement didn’t clear final approval or was rescinded, the bonds were subject to extraordinary redemption in March 2022. The deal called for a B series for roughly $30 million to be privately placed with PNC Bank NA to cover costs in that event.

The bonds were secured by the state’s annual settlement payments — subject to annual appropriation that resulted in a one-notch differential from the state’s general obligation ratings — with a total of $1.05 billion of payments through fiscal 2051. The state also has provided an upfront $5 million payment into the fund.

The Michigan Strategic Fund, an arm of the Michigan Economic Development Corporation, served as issuer for the taxable limited obligation revenue bonds for the Flint Water Advocacy Fund Project, which is also known as the FWC Settlement Entity, a Michigan not-for-profit set up to manage the state’s settlement.

The settlement resolves claims against the state, a positive development for the rating agencies.

“Completion of the settlement payment is crucial not only to containing future financial claims against the state, but also to restoring and maintaining the government’s credibility with a large portion of its citizens,” said Moody’s Investors Service said its rating report on the financing.

The settlement directs 80% of net settlement funds to claims of children who were minors when first exposed to Flint River water. It earmarks 2% for special education services in Genesee County. About 18% goes to claims filed by adults and for property damage. Businesses can also file for losses.

In addition to the toxic lead poisoning of household water that is especially damaging to children’s developing brains, a 2014-15 Legionnaires’ disease outbreak in the Flint region led to the deaths of at least 12 and sickened another 79 individuals.

The crisis occurred after the city’s contract with Detroit to receive Lake Huron water ended and the city, under the control of state-appointed emergency managers, began pulling its water supply from the Flint River in April 2014 while awaiting the completion of the $285 million bond-financed Karegnondi water pipeline carrying Lake Huron water to Flint and other Genesee County communities.

The city failed to properly treat the Flint River water, triggering lead contamination because of pipe corrosion. It was not abated until the city in the fall of 2015 shifted back to Detroit-supplied water. The lead poisoning resulted in long-term damage to residents, especially children.

Other lawsuits tied to the crisis are still pending as are state criminal charges against former Gov. Rick Snyder, other state officials, and two former emergency managers.

Fifteen government officials were criminally charged as a result by former Attorney General Bill Schuette. Seven struck plea agreements. When Nessel took office she dismissed all pending criminal cases related to the crisis, two of which were against former state-appointed city emergency managers, and launched her own investigation.

In January, a grand jury handed down charges against Snyder and two emergency managers he appointed. They were arraigned along with six others on criminal charges. All have entered “not guilty” pleas. Trials are pending.

The charges filed against the Republican ex-governor who served from 2011 to 2019 are only misdemeanors — two counts of willful neglect of duty — but a conviction can carry a prison term of up to one year for each count and/or a $1,000 fine.

Residents sued the Karegnondi bond underwriters in federal court accusing them of aiding and abetting in the events that led to the lead poisoning crisis, negligence, and conspiring with public officials that led to harm.

The lawsuit filed in October in the U.S. District Court for the Eastern District of Michigan seeks up to $2 billion in damages from JPMorgan Chase & Co., Wells Fargo Bank, and Stifel Nicolaus & Co. Inc.

Levy is also presiding over that case. The defendants filed a motion a dismiss the lawsuit and oral arguments were held in August. Levy’s decision is pending.

“There’s not a single case that plaintiffs have identified supporting liability for municipal bond underwriters or any lender in even remotely analogous circumstances to the facts that are alleged here,” attorneys for the banks told the court.

The plaintiffs countered: “Here the gravity of the harm is catastrophic. The probability of harm was known as foreseeable. And the burden, you know, we think is pretty light. They’re already doing some of the research into potential litigation to determine whether — whether the bonds can be repaid. So they’re already doing some of this work,” plaintiffs’ attorney said.

The Securities Industry and Financial Markets Association, or SIFMA, filed a brief in support of the banks. It argues that underwriters are not and cannot be liable for the actions of bond issuers merely by underwriting bonds, that federal securities law preempts the plaintiffs’ negligence claims, and that the theory of liability argued by the plaintiffs “would have catastrophic consequences for municipalities.”