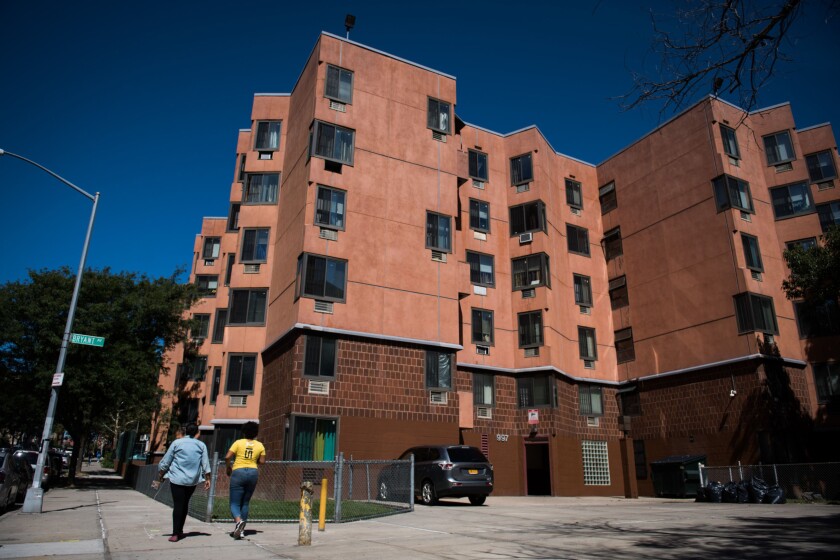 States would enjoy more private activity bond volume flexibility under an affordable housing provision in the Build Back Better bill.

The legislation would reduce the so-called financing test for tax-exempt private activity bonds to 25% from 50%. Lowering the threshold would free up states’ private activity volume for more affordable housing, or any other projects eligible for PABs financing.

The threshold provision means developers would only have to use 25% of tax-exempt PABs in their capital structure instead of 50% to qualify for the 4% low-income housing tax credits that are key to the economic feasibility of many affordable housing developments.

“It is a huge change for affordable housing,” said Jennifer Schwartz, director of tax and housing advocacy for the National Council of State Housing Agencies. “It’s really going to significantly extend the amount of affordable housing that we’ll be able to build.”

States like California and New York that regularly hit their PABs cap would especially benefit from the lower threshold as it will free up PABs volume.

“Those states that are cap-constrained are going to have a lot more bond cap for other priorities,” Schwartz said.

There are 20 states that are currently oversubscribed with their volume cap, according to professional services organization Novogradac, which has been analyzing the low-income housing provisions in the legislation. Another 23 states are undersubscribed and seven are at parity, the group said.

The latest version of the $1.75 trillion Build Back Better legislation features a swath of housing-related provisions that together would mean the creation of 936,900 additional affordable homes through 2031, according to Novogradac.

The lowered threshold provision is the largest driver of that new production, and would mean 712,400 more units, the group estimates.

The 4% housing tax credit is the “real economic kicker” for affordable housing, said Kyle Richard, an attorney with Foster Garvey’s Public Finance & municipal Government Practice who has been tracking bond-related provisions in the Build Back Better bill.

“By making it so you only have to finance the project with 25% PABs, essentially that makes it so that you have to hit less volume cap so should be more volume cap available for everybody,” Richard said. “Lowering the threshold also means you have tons more flexibility for how you build your capital structure.”

Like other affordable-housing proposals, the lower threshold was stripped out of an earlier version of the Build Back Better bill but added back in the third version that the House Rules Committee released on Nov. 3.

The House could consider Build Back Better as soon as next week. The Senate would then take up the bill and is expected to impose its own changes.

“The provisions in the bill on the housing credit are very popular,” Schwartz said. “I don’t see these as being anything that would be targeted to be stripped out.”