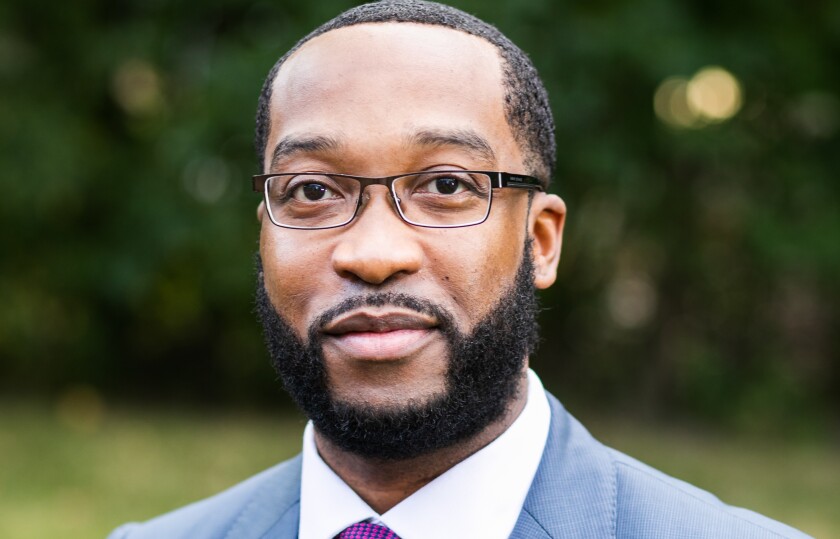 Academy Securities expanded its niche in public finance banking this month when it ran books on $206 million of refunding bonds for Dallas-Fort Worth International Airport.

The Oct. 21 pricing was the 12-year-old firm’s largest as senior manager in the muni market.

“I’ve never worked as a lead book-running manager until this deal,” said James Carter, director and head of central region banking at Academy. “It was an incredible opportunity to prove our capabilities.”

The veteran- and disabled veteran-owned investment bank is headquartered in New York and led by its San Diego-based founder Chance Mims.

When Mims started the firm in the wake of the 2008 global financial crisis, unemployment among veterans was as high as 35%, and talented Wall Street bankers were also looking for work.

“A lot of people thought we were crazy,” said Mims, a Navy veteran who served in the Iraq war. “We saw that as the greatest time to build something. We could combine a good career on Wall Street alongside military veterans to create a culture of service. Now, we’re one of the largest diversity-owned firms.”

Academy’s first deal in the muni market was as co-manager for a California veterans housing bond sold in 2012. Before that, California had expanded its diversity qualifications to include veterans.

“Looking back then, we had very few capabilities,” Mims said. “We were complementary to the big banks, just trying to get into the underwriting pool. The capabilities have grown dramatically.”

Mims said he considers the DFW deal another milestone along that path.

“We’re very, very grateful to have that opportunity,” he said.

From its original four founders, Academy has grown to a roster of 100 employees coast-to-coast.

Carter, who covers Texas and works out of the Chicago office, came to Academy from Melvin Securities in 2019.

“It was really the opportunity to work with Rick Kolman,” Carter said. “He was a legend at Goldman before he retired as co-head of municipal securities. He was pretty big get for Academy Securities starting in 2017, and he’s really led a transformation at the public finance practice at Academy.”

Carter credited DFW with carving out a tranche of tax-exempt revenue bonds for Academy to manage as book runner.

“I was a little surprised to be moved up to senior manager,” Carter said. “DFW is among the most proactive in providing opportunity to the underwriters. Sometimes you do not see the level of commitment.”

Carter said he met DFW’s chief financial officer, Chris Poinsatte, in 2019 and was impressed with the airport executive’s follow-up on transactions and investor relationships. DFW has worked to develop a base of international investors along with domestic institutions and retail.

The airport has earned recognition as an innovator in public finance, bypassing the tax-exempt bond market for taxable issues that appeal to global and corporate investors.

During the early days of the 2020 pandemic, amid fears of a devastating impact on airports and related business, DFW aggressively pursued disclosure on the Municipal Securities Rulemaking Board’s EMMA website.

In one of the first major airport deals after the pandemic, DFW demonstrated how attractive airport bonds remained, opening the floodgates for others seeking to eliminate a financial choke point during the crisis.

With $1.2 billion of refunding and new money bonds on the calendar for the first week in November, the DFW finance team that included Hilltop Securities and Estrada Hinojosa & Co. as financial advisors handed the first of three deals to Academy.

“I was impressed with how well they communicated, and how well they set up the book,” Poinsatte said. “The market was kind of moving against us when we did their deal, but I thought they did a good job.”

Rates were rising as Academy began the pricing. That forced some adjustments but did not delay the sale, Carter said.

“It presented a challenge to our syndicate, but we kept digging,” Carter said. “We tried to stay firm where we could.

“We rolled one maturity into another and lowered the coupon on one of our bifurcated term bonds,” he said.

“We had to give a little back,” he said. “But we didn’t really want to be moved more than that. There was no conversation about delaying.”

“It turned out to be a challenging day in the market,” Poinsatte said. “We had to widen spreads to MMD to close the book, but it was still a very attractive true interest cost of 2.68%.”

The joint revenue refunding bonds, not subject to the alternative minimum tax, have an average life of 15.7 years with a nine-year call. The bonds priced to yield from .41% on a 2024 maturity to 2.9% in 2046, according to Refinitiv TM3.

The bonds carried ratings of A-plus from Fitch Ratings, AA from Kroll Bond Rating Agency and A1 from Moody’s Investors Service.

“With respect to the new money, DFW is actively reengaging its capital program post-COVID,” Poinsatte said. “The airlines and DFW have agreed to renovate Terminal C and add nine new gates on Terminals A and C in addition to numerous other projects.”

In August, the DFW board approved the renovation and expansion of Terminal C, one of the airport’s original terminals.

The expansion of Terminal C follows a decision to drop plans for a new Terminal F after the pandemic.

DFW has $2 billion in projects on the boards or underway as it manages its recovery from the downturn. In addition to terminal projects, the 50-year-old airport is upgrading runways and taxiways.

Airlines are adding international routes as that traffic gradually returns. Monday was the first day that the United States lifted COVID-19 travel bans for vaccinated passengers from many countries, including notably the strong travel markets of Europe.

Turkish Airlines in September said it would be offering direct flights to Istanbul.