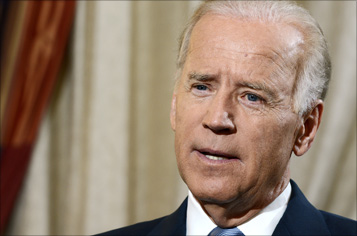 The House passed the Infrastructure Investment and Jobs Act by a vote of 228-206 late Friday night after weeks of intense negotiations. It’s been on hold since the Senate’s passage Aug. 10 as progressive and moderate Democrats tried to hammer out an agreement over a companion spending bill that marks the other major piece of Biden’s domestic agenda. The $1.75 Build Back Better reconciliation bill won a key procedural vote in the House Friday, and may be taken up by the House for a full vote the week of Nov. 15.

“The American people have made clear one overwhelming thing: they want us to deliver,” Biden said in a news conference Saturday morning. “Last night we proved we can.”

Biden called the infrastructure bill a game-changer and said it, along with the Build Back Better plan, will mark a moment when “50 years from now, folks will look back and say this was the moment America decided to win the competition of the 21st Century.”

Thirteen Republicans voted to pass the infrastructure bill, overcoming the opposition of the majority of their party and of six Democrats. The bill was more strongly bipartisan in the Senate, where it passed 69-30 in August.

Biden said he would continue to push for Republican support for the Build Back Better vote in the Senate, but added it was likely it would have to pass with all Democratic votes. The Senate is evenly split between the two parties, with Vice President Kamala Harris giving the Democrats a majority.

“I feel confident we will have enough votes to pass the Build Back Better plan,” Biden said.

It includes features $110 billion for roads and bridges, $66 billion for rail projects, $42 billion for ports and airports and $39 billion for public transit. Another $73 billion will go toward updating the power grid, $55 billion is directed to drinking water and lead service lines, and $65 billion slated for broadband infrastructure.

Both packages carry implications for the municipal bond market. Indirectly, the bills will mean a large infusion of cash into the national economy that could boost state and local credits. The infrastructure bill provides state departments of transportation the financial certainty they need to plan their activities.

“The passage of the bill represents a major victory for America’s counties, which will help rebuild our nation’s infrastructure and economy by investing in locally owned infrastructure and preserving local decision-making,” the National Association of Counties said in a statement.

The Build Back Better bill features a new corporate minimum tax that, aplied to tax-exempt interest, could hurt institutional demand for muni bonds. The reconciliation bill also includes a revamp of the state and local tax deduction, lifting to $80,000 the current $10,000 cap and extending it by nine years. That provision may be revamped again when the Senate gets the bill.

The muni market lobby won inclusion of several priorities in an earlier House version of the bill, including tax-exempt advance refundings and a direct-pay bond program. But those provisions were axed as Democrats worked to cut the bill in half to satisfy more fiscally conservative members of the caucus.

The House had hoped to vote Friday on the Build Back Better plan, but moderate Democrats demanded that the bill first be scored by the nonpartisan Congressional Budget Office, which could take several days or weeks.

“We commit to voting for the Build Back Better Act, in its current form other than technical changes, as expeditiously as we receive fiscal information from the Congressional Budget Office—but in no event later than the week of Nov. 15,” a group of moderate Democrats said in a statement Friday.

If the House passes the reconciliation bill, it will then head to the Senate, which is expected to impose several changes and then send it back to the House.