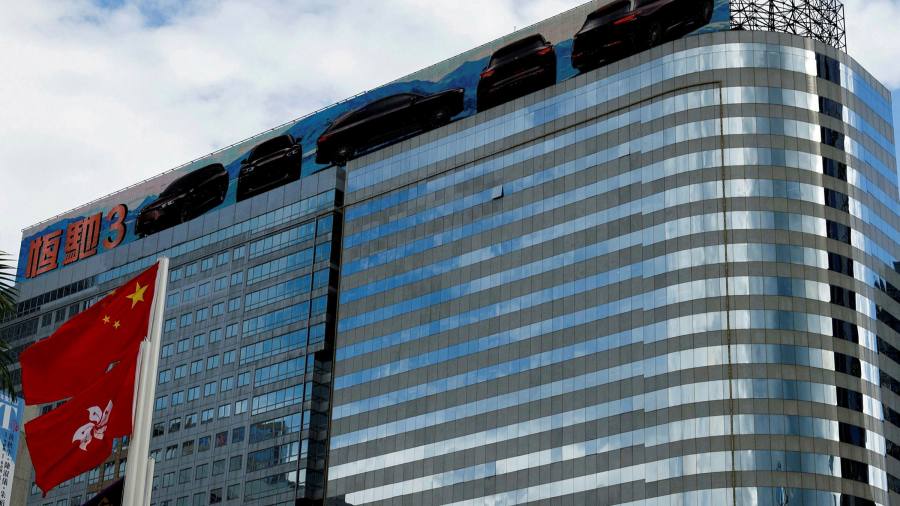 The prolonged suspension of Evergrande’s shares has helped push the value of frozen stocks in Hong Kong to a record US$61bn, throwing into stark relief the city’s limited shareholder protections.

Troubled property developer Evergrande halted trading of its Hong Kong-listed stock and that of its property services unit on October 4, stating in an exchange filing from the latter that the move had been taken ahead of a “possible general offer” for its shares. But after more than two weeks, the company has yet to disclose anything else about the apparent deal, nor make any statement about five missed payments totalling more than $275m to international bondholders.

Corporate governance professionals said the stonewalling of shareholders by Evergrande, whose high-profile liquidity crisis is being monitored by global markets, struck at Hong Kong’s reputation for providing a base for investing in China grounded in international financial norms.

The suspension has also helped to push the value of shares under a trading halt to a record high of just over $61bn, according to Refinitiv data, up from just $3.9bn at the end of 2020.

“Therein lies the downside to having a market where you do have a lot of listed companies with majority shareholding,” said Jane Moir, research director at the Asian Corporate Governance Association, referring to the ease with which controlling shareholders can freeze trading. “Minority shareholder rights are being eroded day by day . . . [Evergrande] is a barometer for Hong Kong.”

A person close to some of Evergrande’s offshore bondholders described the lack of disclosure pertaining to its liquidity issues as “odd and out of line”.

“It’s such a high-profile situation, it would be hard to think the exchange was not writing to the company [about the issue].”

The listing rules of Hong Kong Exchanges and Clearing require that any suspension “should be for the shortest possible period”. But the city’s list of frozen stocks now stands at about 140, according to Refinitiv data — constituting 6 per cent of the market’s total. A suspension can last 18 months before a company risks being delisted by HKEX — triple the limit of the London Stock Exchange.

HKEX declined to comment on the suspension of Evergrande shares, but a person familiar with the exchange’s thinking said that its priority was preventing shares from trading improperly.

A company can request a trading halt on its shares for a number of reasons, such as if it has been subject to a takeover offer or is going into liquidation. The exchange can separately suspend trading if it detects unexplained or unusual movements in a company’s shares.

Other exchanges internationally, including those in New York and London, also allow the suspension of shares under specific circumstances, but Hong Kong’s trading halts are known for their frequency and length.

“It would be easy to infer that Evergrande is using the suspension for tactical reasons to avoid communicating with investors,” said Nigel Stevenson, an analyst at Hong Kong-based GMT Research. “Evergrande has clearly failed to keep the market informed about why a trading suspension is still needed.”

The electric vehicle subsidiary of Evergrande, which has no outstanding bonds and is also listed in Hong Kong, has continued to trade freely in recent weeks.

On a call on October 8, advisers to bondholders said they had received no “meaningful engagement” from the developer and expressed concerns over the potential sale of the property services unit as well as the sale of part of a stake in a regional bank in China.

Investors in Evergrande have raised concerns with lawyers in the city about the lack of disclosure, according to one person close to the matter. A lawyer who had looked into the situation on behalf of investors said the developer “still has an obligation to make disclosures around material price-sensitive events” despite the trading suspension.

The lawyer acknowledged that there “may not be any breach per se” since the company is entitled to suspend trading pending announcement of a potential transaction. “But usually in these cases a formal announcement follows imminently, within a week.”

Critics and corporate governance proponents said that the exchange has improved enforcement in recent years. In late March, HKEX suspended trading in about 150 companies, mostly for failing to submit annual financial results. In January, HKEX delisted Huiyuan — once China’s biggest fruit juice maker — despite several appeals from the company.

But that resolution was of limited help to minority shareholders, who make up much of Hong Kong’s investor community thanks to the large number of issuers who are controlled by either majority or family shareholders. At Evergrande, for instance, 71 per cent is held by its chair Hui Ka Yan, formerly the richest man in China.

“It’s a reminder of how difficult it is as a minority shareholder in Hong Kong to take any remedial action against these companies,” said Moir from the ACGA. “The system is not built for the underdog.”

Moir added that there was little recourse for shareholders locked into holding suspended shares in Hong Kong. Taking companies to court over trading halts is prohibitively expensive and the kind of outside shareholder pressure that is common in London or New York is usually rendered impotent by majority control.

Even the most dogged attempts at shareholder activism have yielded little pay-off. US hedge fund Elliott Management spent more than six years pushing for the sale of lending operations at Bank of East Asia, which was co-founded in 1918 by Hong Kong’s powerful Li family. Ultimately, BEA agreed to sell only its life insurance unit to Asian insurer AIA for about $650m.

This year, the activist fund told investors it was leaving Hong Kong. BEA continues to operate branches throughout the city.