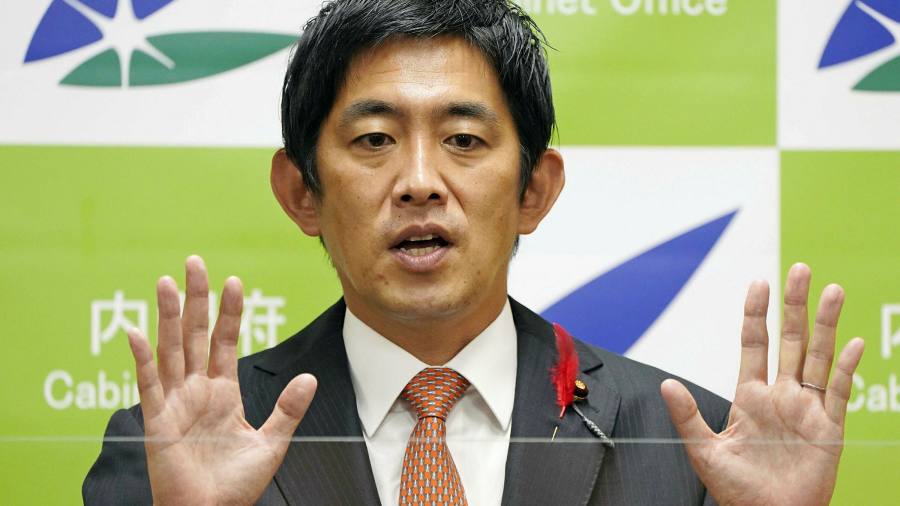 Japan’s semiconductor industry is doomed to irrelevance unless the government matches the long-term strategic visions being laid out in the US and China, the country’s newly created minister for economic security has warned.

Takayuki Kobayashi told the Financial Times that Japan had historically failed to identify the essential technologies that the country’s broad-based industrial economy should protect and promote to ensure it remained “indispensable” to the wider world.

“The question is how we can establish areas where we excel so that the international community cannot survive without Japan,” Kobayashi said in his first interview with international media.

His comments, which frame a growing dilemma for Japan in a world of increasing technology nationalism, were made just two weeks after Japan’s new prime minister Fumio Kishida created the role of economic security minister.

Business leaders have described the decision as evidence of a growing sense of crisis within the top echelons of government about corporate Japan’s vulnerability to a range of threats that it judges require state co-ordination to address.

Kobayashi, a 46-year-old graduate of the Harvard Kennedy School, has been given a rare and powerful mandate to intervene in economic security matters ranging from chips to rare earths and cyber security — a remit that cuts across the trade, finance and communications ministries.

Kobayashi indicated his mandate could extend to having influence over government decisions related to the Foreign Exchange and Foreign Trade Act, which was revised in 2019 to tighten regulations over foreign investment in Japanese companies. The revision caused listed businesses to be ranked into three tiers of national security-related sensitivity, prompting some foreign investors to conclude that the changes had in part been made to discourage activist funds.

The creation of the new post also comes as the government has persuaded Taiwan Semiconductor Manufacturing Company, the world’s largest contract chip manufacturer, to build a new fabrication plant in Japan with what people close to the negotiations said were heavy subsidies from Tokyo.

“This is just the first step,” Kobayashi said. “There would be no revival for Japan’s semiconductor industry if we stopped here.”

He said the government needed to quickly demonstrate “a concrete commitment” of how it wanted to position the country in 10 years’ time, in addition to state subsidies and support to compete with other big economies.

“Only then would Japanese companies linked to the semiconductor industry feel motivated to work together as part of a national effort,” added Kobayashi.

In the late 1980s, Japan’s chip industry surpassed that of the US to become the biggest in the world. It has since suffered a relentless decline, although the country still plays a pivotal role in semiconductor equipment and materials.

Echoing initiatives by the Biden administration in the US, part of Japan’s new growth strategy focuses on building a semiconductor supply chain that is self-sufficient enough to survive disruption such as the Covid-19 pandemic. Since it cannot supply all of the technologies on its own, Kishida has said it is critical for liberal, democratic countries to work together to keep the supply chain in friendly hands.

Kobayashi denied Japan’s economic security measures were specifically targeted at China, saying the government had no intention to intervene in the private sector’s deep business ties with the world’s second-largest economy. “But companies obviously need to take appropriate action in light of the differences in legal framework, rules and practices,” he added.