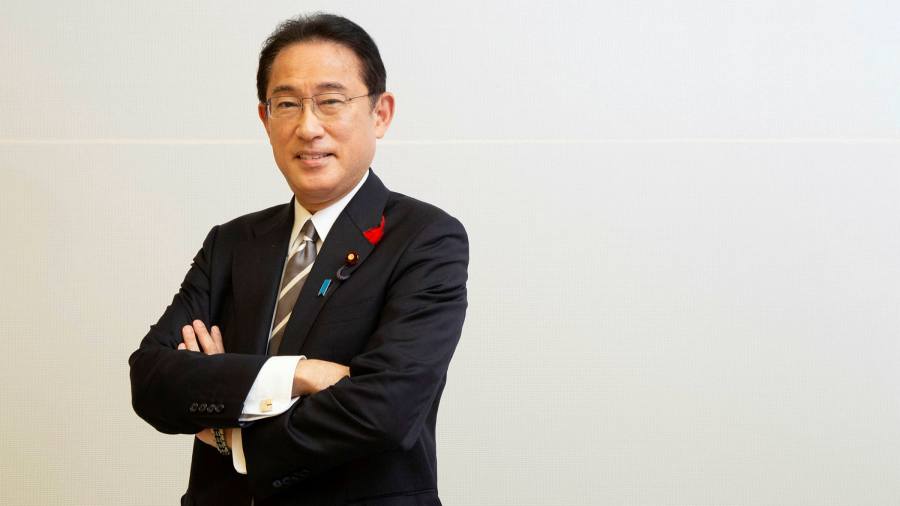 Japan’s new prime minister has pledged to move the country away from neoliberal fundamentalism as he lambasted his own party’s failure to deliver broad-based growth under the Abenomics programme that defined the economy for almost a decade.

In his first interview with international media since taking over Japan’s leadership this month, Fumio Kishida told the Financial Times that while regulatory reform remained necessary, he would approach it with a focus on narrowing the gap between the rich and poor.

“Abenomics clearly delivered results in terms of gross domestic product, corporate earnings and employment. But it failed to reach the point of creating a ‘virtuous cycle’,” Kishida said, in his bluntest attack on a programme embraced by his two predecessors that propelled the Tokyo stock market through a doubling in value.

“I want to achieve a virtuous economic cycle by raising the incomes of not just a certain segment, but a broader range of people to trigger consumption. I believe that’s the key to how the new form of capitalism is going to be different from the past,” he added.

In Japan, “neoliberalism” most often refers to the reforms of the 1990s and 2000s, including deregulation, privatisation and labour market reform, rather than tight fiscal policy and cuts to public spending.

By implicitly criticising Shinzo Abe, Japan’s longest-serving prime minister who resigned in September 2020, Kishida is taking a calculated risk as he prepares for a general election on October 31.

Recent polls have showed him with an average approval rating of just over 50 per cent, considerably lower than most of his predecessors when they came into office and a signal, said political analysts, that his honeymoon period for enacting meaningful reform may be short.

The former foreign minister was chosen to replace Yoshihide Suga as leader of the ruling Liberal Democratic party on the understanding that he would offer “status quo” stability and continuity.

Despite attempts to remove that image, he has already backtracked on one of his major policy initiatives to raise capital gains tax after share prices fell sharply on concerns that such a move would kill a recent revival of interest by individual domestic investors.

Kishida stressed his new economic approach — involving tax incentives for companies to raise wages and pay increases for nurses and care workers — would attempt to reverse the failures of the “trickle-down” theories and market-led reforms that have guided Japanese policymaking from the mid-2000s.

“Everyone just considers regulatory reform in terms of market fundamentalism, competition and survival of the fittest. That’s the problem with our past thinking on regulatory reform,” Kishida said, calling on companies and the public to share a more holistic vision of the economy.

He also envisions deeper collaboration between the state and the private sector to secure strategic assets and technologies such as chips and rare earths that will be pivotal for economic security.

“It is important to ensure a self-sufficient economy when we are considering future growth,” Kishida said. “We need to make sure that Japan has technologies that are critical to complete global supply chains so we can achieve indispensability.”

Kishida publicly signalled for the first time that he may also take a new approach to the corporate governance reform that has been a pillar of the Abenomics programme alongside aggressive monetary easing and fiscal stimulus.

Corporate executives have privately expressed scepticism about the new prime minister’s economic agenda, pointing to how Japan has failed to emerge from deflation and open up rigidly regulated markets even after nearly nine years of strong public support for Abenomics.

Kishida also faces a more complex geopolitical environment than his predecessors, with China’s increasing assertiveness and a global rush to secure national supply chains following the turmoil caused by the coronavirus pandemic.

When asked about the new trilateral security partnership the US has launched with the UK and Australia to strengthen their ability to counter China, Kishida said Japan had no specific plans to join the framework.

But he added: “Considering the stability of the region, it is extremely important for European and US countries to be interested and involved in Asia’s security environment.”

Kishida heads an LDP faction with a historically dovish stance on China, but as prime minister, he has called for a strengthening of the country’s missile and other defence capabilities.

For the upcoming election, the ruling party for the first time included a manifesto pledge to double defence spending, in a break from the long-held tradition to keep its military budget within 1 per cent of GDP.

“On the economic front, it’s important to stabilise relations with China,” Kishida said, before noting recent “questionable behaviour” from Beijing.

“So on the political level, Japan must be able to firmly assert itself against China.”