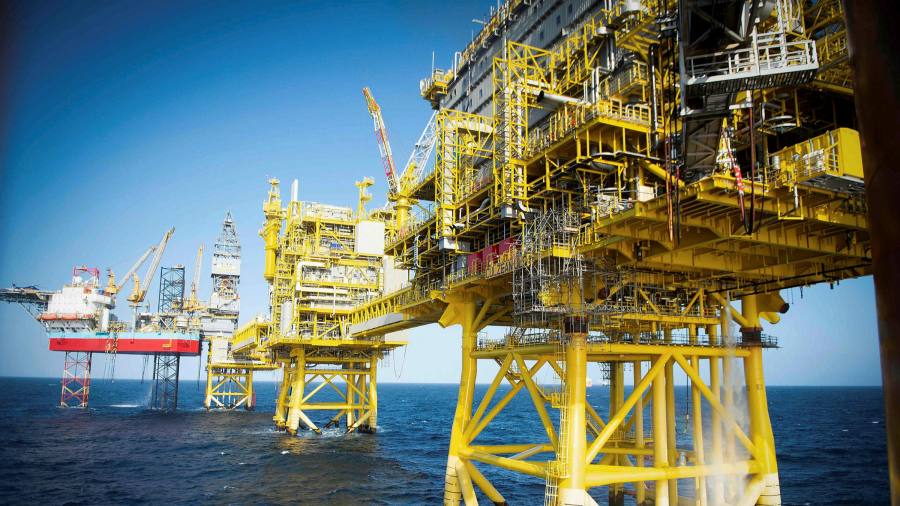 The price of US crude oil hit a fresh seven-year high on Monday on fears that fuel demand was recovering faster from last year’s economic slowdown than producers could bring supply to the market.

West Texas Intermediate, the US crude benchmark, was trading at more than $81 a barrel, the highest since 2014 for the main benchmark price.

Prices dipped last week when the US energy secretary Jennifer Granholm told the Financial Times that the Biden administration was considering tapping into the nation’s strategic stockpiles to help ease surging fuel prices at the pump.

American consumers are paying more for fuel at the pump than they have since 2014, a political liability for an administration that has seen its popularity drop.

But prices recovered quickly when the Department of Energy followed up on those comments on Thursday saying there was no plan to release government-held supply “at this time”, reviving worries of tight supplies that have continued into this week.

“The market is gripped by fears — fear of stronger demand, fear of a rally contagion from gas and power, fear of missing out on the rally, and the fear to rule them all: supply anxiety,” said Roger Diwan, an oil analyst at consultancy IHS Markit.

The S&P 500 index rose 0.5 per cent in morning trading as energy stocks climbed along with bank shares that tend to do well when traders bet on interest rate rises that boost lenders’ profit margins. The index was up 0.1 per cent in early-afternoon dealings. The Nasdaq Composite gained 0.2 per cent, also led by energy stocks, while Europe’s Stoxx 600 share index closed flat and London’s FTSE 100 index closed up 0.7 per cent.

US Treasury bond markets were closed for the Columbus Day holiday.

In energy markets on Monday, European gas contracts for November delivery stood at €83.75 per megawatt hour, around double the level they traded at in mid-August. Brent crude, the main international benchmark, topped $84 a barrel on Monday, its highest since October 2018.

Economists polled by Reuters expect data published on Wednesday to show US consumer prices rose 5.3 per cent in September from the same time last year, marking the fourth consecutive month that headline inflation in the world’s largest economy has topped 5 per cent.

Prolonged inflation has piled pressure on the Federal Reserve, which has already signalled it is ready to wind down its $120bn a month of pandemic-response bond purchases, to raise US borrowing costs from record lows.

“This creates an environment that is ripe for monetary policy mistakes,” said Greg Peters, head of multi-sector and strategy at bond investor PGIM.

“The costs of petrol and heating and all the things plaguing global supply chains are exogenous factors that central banks have nothing to do with.”

Financial markets, he added, had priced in economic stagflation that could be caused by rate increases quashing growth as central banks potentially “turned dogmatic”.

Investors backed out of UK gilts on Monday, sending the benchmark measure of government borrowing costs to its highest in about two-and-a-half years, as they raised their bets on UK rate rises.

“The bond market is very focused on the UK as they look likely to raise [interest] rates quite rapidly,” said Anne Beaudu, global fixed income portfolio manager at Amundi.