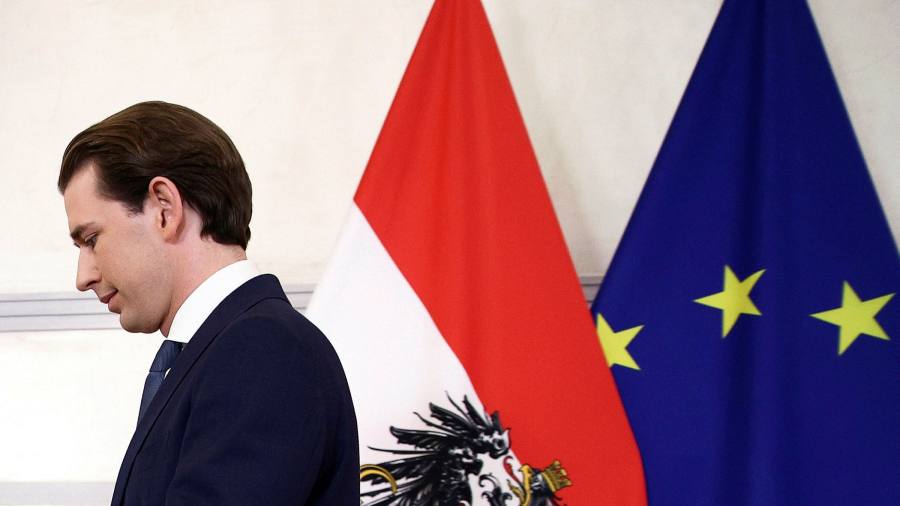 Austrian chancellor Sebastian Kurz has resigned, just days after he was named as a suspect in an investigation by state prosecutors into grand corruption at the heart of the Austrian government.

In a brief statement on Saturday evening at the Ballhausplatz — the seat of the chancellery in Vienna — Kurz said it had been an honour to serve as minister and chancellor over his 10 year political career.

“My country is more important than I am,” he said, citing the need for stability and leadership as Austria emerges from the coronavirus pandemic. “This is not about me, it is about Austria.”

Alexander Schallenberg, the current foreign minister, and a fellow member of Austria’s moderate conservative People’s Party, which Kurz leads, is to take over as chancellor.

Kurz will move to lead the party’s parliamentary faction.

“Kurz is not really stepping down, he is stepping back,” said political consultant Thomas Hofer. “Make no mistake, he remains in charge of the party, and Schallenberg is one of his closest allies. He will be thinking about a comeback.”

Kurz has not been charged with any wrongdoing, and has repeatedly asserted his innocence in regard to the allegations against him and members of his inner circle.

Following police raids across Vienna on Wednesday, information was leaked that anti-corruption prosecutors were investigating whether Kurz had been involved in a conspiracy that illicitly channelled taxpayers’ money from the ministry of finance in 2016 and 2017, when Kurz was still foreign minister, towards friendly media organisations in order to buy positive coverage, and help lever him into the chancellorship.

Over the subsequent 72 hours, news of the investigation triggered a political crisis in Vienna, uniting the country’s politically disparate opposition parties in their desire to oust Kurz.

Crucially, the 35-year old chancellor — whose polished presentation and political savvy once made him a poster boy for the revitalisation of European conservative politics — lost the confidence of his junior coalition partners, Austria’s Greens.

The downfall is Kurz’s second: his first government, formed in 2017, collapsed in 2019 after the populist rightwing Freedom Party became embroiled in a scandal to solicit Russian influence in the Austrian media.

On Thursday, the senior leadership of the People’s Party were expressing their solidarity with Kurz as the party’s leader and chancellor. Party regional bosses, ministers and heads of party associations signed joint statements saying the People’s Party would only participate in a government if Kurz stayed at its head.

By Friday evening, however, the strength of political opposition to Kurz — who has become a deeply divisive figure in Austrian political life, despite his popular ratings — became clear. The Greens declared him “unfit for office” and met the country’s three opposition parties to plot his removal.

In an indication of just how far opponents were willing to go to get rid of him, discussions were even held about the possibility of a coalition of the entire opposition as well as the Greens: a government which would unite liberals and socialists with the Austrian far right Freedom Party.

Resolve to back Kurz began to crumble as a result. According to party insiders, several fraught meetings were held between regional party bosses, who wield significant power, and the party’s leadership.

Though he has sought to remould the party in his image — rebranding it and significantly shifting its style of politics — Kurz has only ever enjoyed a relatively qualified level of support from the People’s Party’s influential old guard.

His resignation from the chancellorship is unlikely to be the final act in his Austrian political career.

Despite scandal, Kurz has been one of Austria’s most popular chancellors in decades. Recent polling suggested he was still, by far, most Austrians’ preferred choice as premier.

After his government with the Freedom Party collapsed in mid 2019, he was returned to office later that year with an even larger share of the vote.

It remains unclear whether the Green Party will fall into line and back Schallenberg as chancellor. Austria’s parliament is due to convene on Tuesday, when a motion of no confidence in the coalition government will be debated.