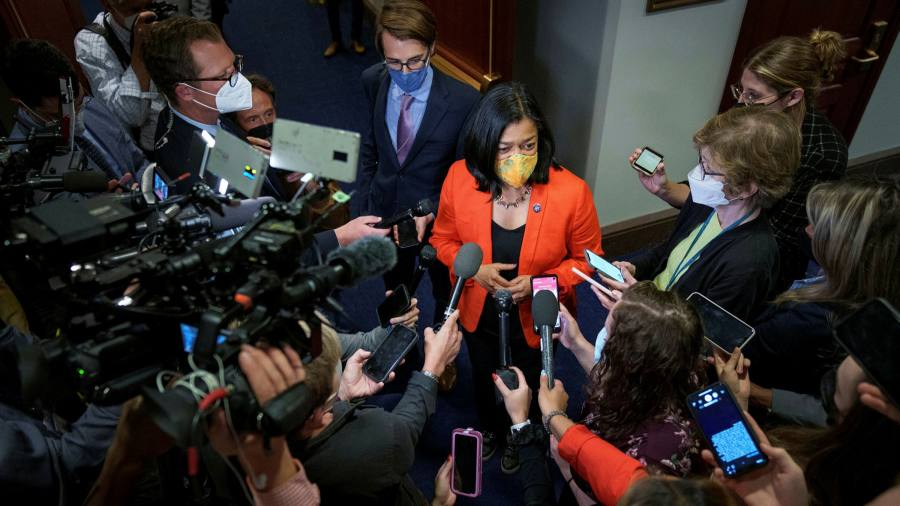 Senior Democrats say they are willing to lower the $3.5tn cost of the spending measures in Joe Biden’s signature package to boost America’s social safety net, following days of infighting that has threatened to derail the president’s economic agenda.

Party leaders have given members another month to come to an agreement over the package, which progressives insist must be passed at the same time as a separate $1.2tn bipartisan infrastructure bill. Meanwhile, whips are also trying to forge a cross-party consensus to lift the US debt ceiling before a potentially catastrophic default later this month.

Two of the most prominent progressives in Congress — Pramila Jayapal, the representative from Seattle, and Bernie Sanders, the senator from Vermont — said they wanted an agreement with their more conservative colleagues.

Jayapal told CNN: “It is going to be somewhere between 1.5 [trillion dollars] and 3.5, and I think the White House is working on that right now. Because, remember, what we want to deliver is childcare, paid leave and climate change, housing.”

Joe Manchin, one of two Democratic senators holding out for a much smaller social spending and climate bill, has said he does not want that package exceeding $1.5tn. Sanders on Sunday told NBC that was “a good negotiating start”, adding: “It’s a big deal, and it’s not going to happen overnight.”

However, he told ABC News that a bill costing $2tn — a figure Biden reportedly floated to Democrats during a rare trip to Capitol Hill on Friday — would be “not enough”.

Dick Durbin, the Democratic whip in the Senate, said the party’s leaders were not wedded to the $3.5tn number. “I just want to make sure that we come up with the right result,” he told CNN. “Not the biggest number, but the most effective number to help families in this economy move forward in a responsible way.”

Progressives have said they do not want to pass the bipartisan measure without also voting for the bigger spending package. And on Friday they got their way as House speaker Nancy Pelosi decided not to bring the infrastructure bill to a vote while there was still disagreement on the other package.

That decision sparked an angry response from moderate Democrats over the weekend. Kyrsten Sinema, the other Democratic senator refusing to back the social security bill, called it “inexcusable and deeply disappointing”.

Biden has staked his reputation on being able to make deals on Capitol Hill, and is now being tested not only over his major economic bills, but also over a separate measure to raise the debt ceiling.

Prices of US Treasuries dropped on Friday as investors worried about whether a divided Congress would agree to raise the ceiling in time to avoid a historic default. Janet Yellen, the Treasury secretary, has warned that the Treasury department would run out of ways to keep repaying US debt if an agreement is not reached by October 18.

Democrats could vote to raise the debt ceiling on their own, but want Republicans to back the move as well to avoid it becoming a partisan issue. Durbin on Sunday accused Mitch McConnell, the Republican leader in the Senate, of “playing games with a loaded weapon” by threatening to use the filibuster to block the debt ceiling being raised.

Biden admitted over the weekend that the Congressional process could be frustrating, saying: “Everybody is frustrated. It’s part of being in government — being frustrated.”

The president will move his attention away from Washington this week and travel around the country to drum up public support for his economic agenda.

And with his entire economic project at stake, he continued to insist this weekend that he would yet be able to find an agreement on all three measures — the $3.5tn Build Back Better spending bill, the infrastructure bill and the debt ceiling.

“I believe I can get this done,” he said on Saturday. “I believe, when the American people are aware what’s in it, we can get it done.”