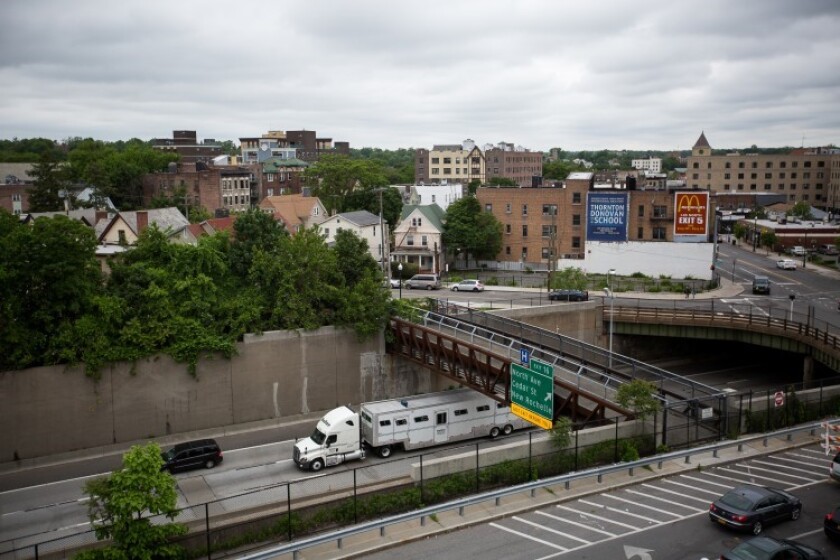 Adjustments to the hit from COVID-19 are selling points for New York State Thruway Authority officials as they plan for Thursday’s competitive $547 million sale of Series O general revenue bonds.

S&P Global Ratings and Moody’s Investors Service rate the bonds A and A1, respectively, both with stable outlooks. The authority intends to use proceeds for both capital expenses and refunding. Final maturity is 2051.

Ahead of the sale, the Thruway has $3.2 billion of senior bonds and $2.5 billion of junior bonds outstanding.

Research firm CreditSights has placed an outperform rating on the bonds.

“Credit quality is stable, and we think there is some room for spreads to compress as the economy and traffic continue to recover,” said its senior municipal research analyst, John Ceffalio.

“Investors who are underweight the sector or seeking tax-exempt New York paper should look to add thruway bonds to long-term holdings, particularly if the new deal brings a concession to recent spreads.”

The authority responded to an 18% revenue hit from the pandemic through toll hikes, reducing its capital plan and securing lines of credit. Bridge, non-resident and non-E-ZPass toll increases took effect on Jan. 1. It projects a 21% spike in toll revenues for the year.

It was last in the market with two series of bonds that it sold competitively in February 2020.

“The authority will continue to sufficiently adjust its toll rates, capital expenditures, liquidity and leverage as necessary to ensure its financial metrics remain in line with the current rating level expectations,” Moody’s said.

New York has contributed more than $2.3 billion to the Thruway for capital in the middle of the last decade, with more than half going toward the $4 billion replacement for the Tappan Zee Bridge that connects Westchester and Rockland counties north of New York City. That bridge is now the Gov. Mario M. Cuomo Bridge.

The Thruway’s contractor, Tappan Zee Constructors, has sued the authority in the New York State Court of Claims, accusing it of interfering with the design and construction, leading to costly delays.

“A large additional bill for the thruway would be credit negative, and paying it may require additional debt and/or toll increases, but we believe this bill would be manageable,” Ceffalio said.

Stocks making the biggest moves midday: Carnival, FedEx, Zendesk and more
UK inflation hits 9.1% as food prices jump
Top Wall Street analysts stand by these stocks as the first half of 2022 wraps up
$15 Million Florida Mansion Is A Disney Lover’s Dream Come True
Mortgage demand is now roughly half of what it was a year ago, as interest rates move even higher