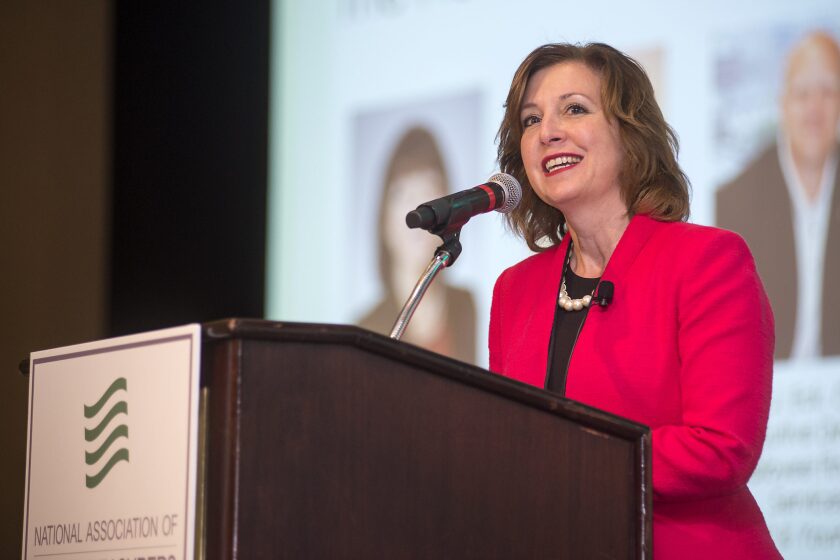 A National Association of State Treasurers Public Finance Workforce Study released Sept. 21, finds that the public finance sector is diverse and its needs are growing, though it faces a serious challenge attracting talented professionals.

“As this sector faces increasing retirements and competition from private sector counterparts, there has never been a better time to affirm and promote the advantages of public sector finance employment and invest in the finance workers who will serve the public going forward,” NAST said.

The national study–compiled in collaboration with software analytics company Burning Glass Technologies and with support from the Wells Fargo Foundation–found that the public sector offers wider access to jobs for a wider range of employees.

This, and other significant advantages including a diverse and majority female workforce and low barriers to job entry, may help to engage aspiring finance professionals.

However, the study also revealed that the public finance workforce is aging–the majority of current workers are more than 45 years old–and the public sector offers fewer job opportunities than the private sector.

Those and other findings were based on proprietary data from job posting and social profile databases as well as information from the U.S. Census Bureau’s yearly American Community Survey.

“This original report can help us shape the conversation around public finance in the workforce as we prepare for the challenges and opportunities of the next decade of government innovation,” NAST President Kelly Mitchell said.

The Public Finance Workforce totals more than 850,000 people across the United States including those at the city, county, and state-level. In reaching the conclusion that the sector is diverse, the study analyzed a range of demographic data including across a gender spectrum. That data showed that “the public sector is a majority-female industry.”

Of all workers across city, county, and state-level public finance offices, 52% are female compared to the 47% of females employed across the United States workforce.

Males account for 48% of the public finance sector employment versus 53% in the total U.S. workforce.

Similarly, in analyzing race and ethnicity in the public finance sector, the study found that public sector offices tend to employ more African Americans and white individuals than the national average of those races employed in the total U.S. workforce.

From this and related data, the study surmised that “the ubiquitous nature of [the] public finance sector enables the hiring of a diverse workforce across a number of different metrics.”

Another key finding of the study came from an analysis of age distribution. Sixty percent of the public finance workforce is over the age of 45 while nearly a third is over 55 years old.

By comparison, and according to the Bureau of Labor Statistics, the median age in the private sector workforce is 44.

“With such a mature workforce, the public sector is on the brink of a wave of retirements for which it needs to be prepared,” NAST reports.

The study also found that public sector employees may be eligible to retire earlier than expected once they reach their maximum retirement benefit.

As a result, the study predicts a “domino effect of retirements” stemming from upward transitions of mid-to-late career level workers. Those workers would likely take the place of retiring workers–leaving vacancies in lower-to-mid level roles.

While NAST deemed this to be an opportunity, it stressed the importance of recruiting and engaging a new generation of public finance workers who are equipped to fill those roles.

In terms of growth, data show that public sector roles grew at close to a 17% average annual rate between 2016 and 2020. This can be compared to a 6.7% average annual growth rate in the general labor market.

According to the study, “during that time period, public sector finance opportunities expanded at nearly 2.5 times [that] of other jobs.”

Thus, the study concludes that the public finance sector’s continued and long-term employment opportunities are a recruiting advantage over the private sector–particularly given the current uncertain economic environment.

As stated in the study, “finance roles in the public sector have shown striking resilience and indeed growth beyond that of the private sector.”

Across all levels of government, the study data indicate that public financial sector employers posted over 112,000 jobs in 2019 and 2020.

“While these rates are still positive, they may be partially stunted by skills required of workers in these roles which are typically hard to fill,” the study says. “Employers often have a harder time finding candidates with these skill sets, job postings for these roles tend to appear less often.”

Another advantage cited in the study is the lower barrier to entry associated with some public sector jobs.

For example, more predictable work hours and stronger work-life balance associated with public sector roles could be incentives for workers who have family or school obligations.

Additionally, the study notes that candidates who do not have a college degree or who have less experience may find that the public sector offers a “greater share of opportunities relative to the private sector.”

In terms of compensation, the study determined that “the public sector offers higher wages…for entry and mid-career level positions.” That finding was based on average market salary data from 2019 and 2020.

Study data also show that some of those roles required similar skill sets regardless of the industry sector.

In the study, the public sector was found to be “much smaller [in terms of opportunities] than the private sector.” However, requisite skill sets relative to higher salaries was cited as an additional advantage for a public finance industry needing to engage a new generation of finance professionals.

“As these advantages are presented to engage new entrants, subsequent investment in public finance job pathways, career awareness, mentoring, and professional learning and development can help to recruit and retain employees,” the study says.